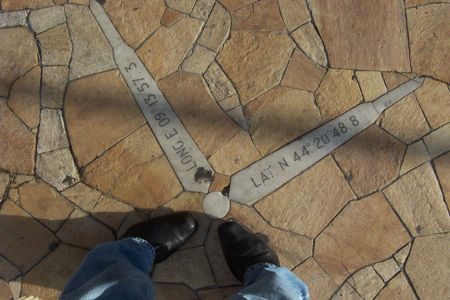 Early morning, waters of the Mediterranean lapping at the edge of the harbor, the Castello built on a pile of rocks stands forgotten in time. Sea birds perch along its roofline. The peal of the church bells reverberates off the mountain behind my back. Latitude N 44° 20'48.8", Longitude E 09° 13' 57.3". Where the heck am I? Continue reading "44N, 09E: Where am I?" 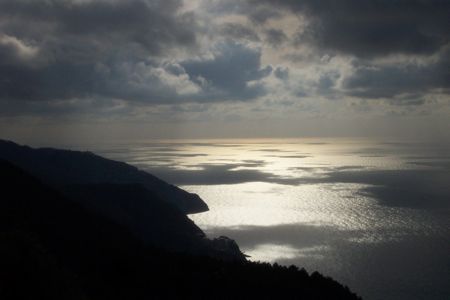 The turn-offs towards the little coastal towns were better suited for motorcycles than 4 wheeled vehicles, or even our little, rented VW Polo. Down and around hairpin curves, each of which threatened to rise up by its elbows and hurl us onto the rocks below, the little seaside ports always just around the next curve.

The road was only one lane that slithered along the hills over the Mediterranean, but sometimes one wasn't enough. Outside of Maniglia we came up against a red light where we queued until the traffic coming in the other direction ceased, and then eased out way into a slender tunnel that slipped just under the mountain skin for a 10km stretch. Continue reading "The Road to Vernazza" 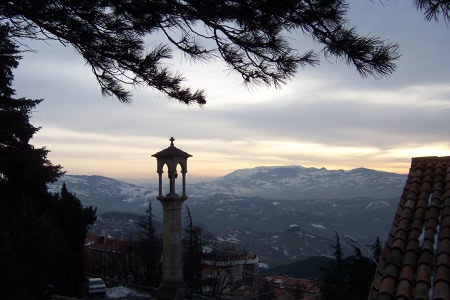 We found empty, cobbled streets, gorgeous vistas of snowy hillsides, abandoned stone towers, and an enjoyable glimpse of how hard life in the Middle Ages must have been during times of inclement weather. As the February wind picked up from the valley and chilled us through our winter coats we retreated to a meal of warm minestrone and whole grain bread, and I found myself wishing for the comfort of a roaring wood fire. Continue reading "San Marino" 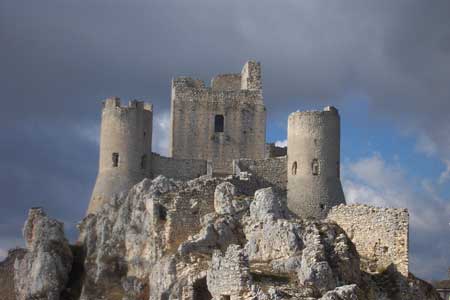 As we circled up into the mountains of Abruzzo the air thinned and the November sun streamed unabated through the passes and over the rock laid bare by passing time and the elements. Occasional villages of damp stone homes with tile roofs clung miserably to hillsides; along the valley floors tight flocks of sheep tracked sheperds to corrals unseen. The mountains' sense of permance made even more ephemeral all that was human in the region: humankind seemed a burden the mountains would bear grudgingly while never actually succumbing to the intrusion. In a world where modern society had made little progress since the Middle Ages, my clock ran backwards like an inverse altimeter, taking me back to a simpler time. Continue reading "1000 Years of Rocca Calascio" 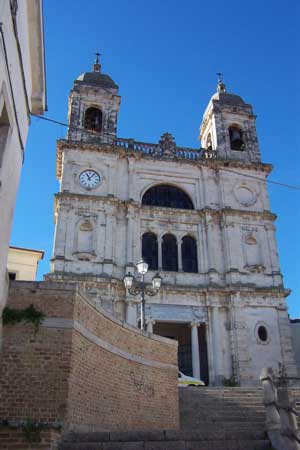 When I think back on San Valentino I won't remember the horns, but I will remember the outpouring of warmth and affection, the carefree way strangers took us into their homes and treated us like family, and the wonderful mountain cooking. For days on end we enjoyed a cornucopia of warm pasta, plump sausages, steaming bowls of soup, thick crusty bread with fresh olive oil, and dark, rich coffee served before blazing wood fires. Above us, the wood smoke rose up into a starry sky unchanged since the Middle Ages. As the church bells pealed in the early hours of the morning it was easy to believe over the past millennium nothing had ever changed. Continue reading "San Valentino in Abruzzo Citeriore" 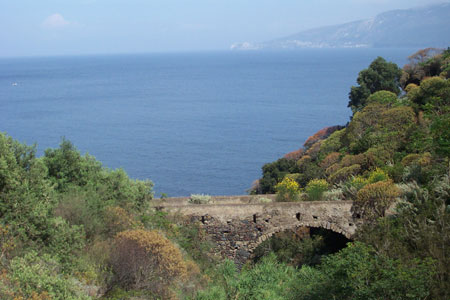 Above us, the clouds covered the peak of the massive peak that formed the center of the island, obscuring from us the real dimensions of the island. A single road circumnavigated the island's perimeter, beckoning us around the ever-present curve of the island. We set out on foot towards the north, where a little basin and a sandy peninsula pointed us northward toward the next island. The road left the water's edge and ascended the mountain's rocky slope, lined on both sides by wild flowers and tall grasses that plunged off the vertical sides of rock faces towards the sea. Continue reading "The Near Side of Salina Island" 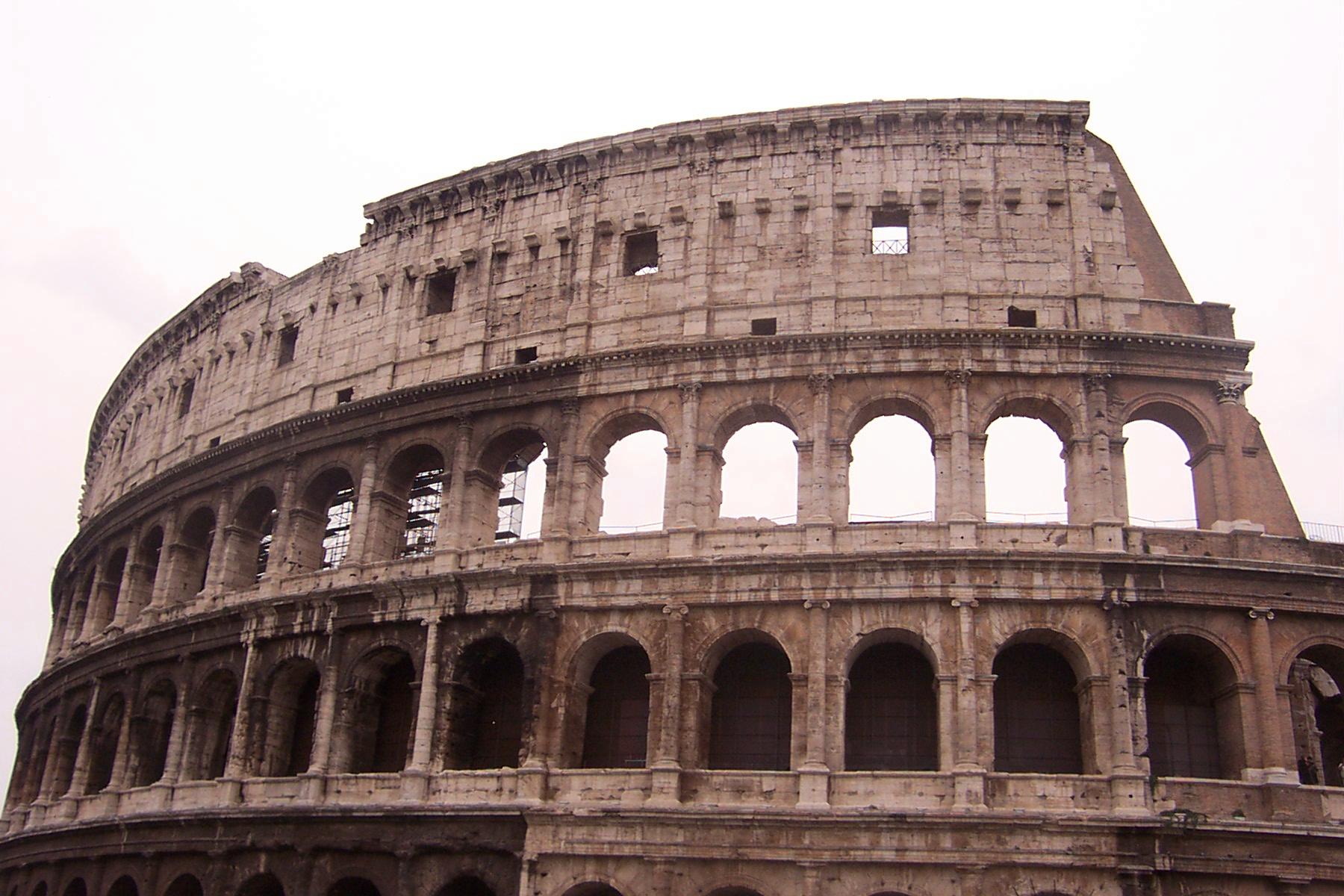 You can hardly miss Rome; all roads lead there. We found ourselves in Rome on purpose the first time, and by accident several times subsequently. Perhaps nowhere else in the country does one find such an omnipresent sense of history, not to mention history in the making. We walked the cobbled streets around the tattered old Colosseum, wondering what future generations would find left behind from our generation. This webpage won't be one of the artifacts, so enjoy it while you can. Continue reading "Rome" 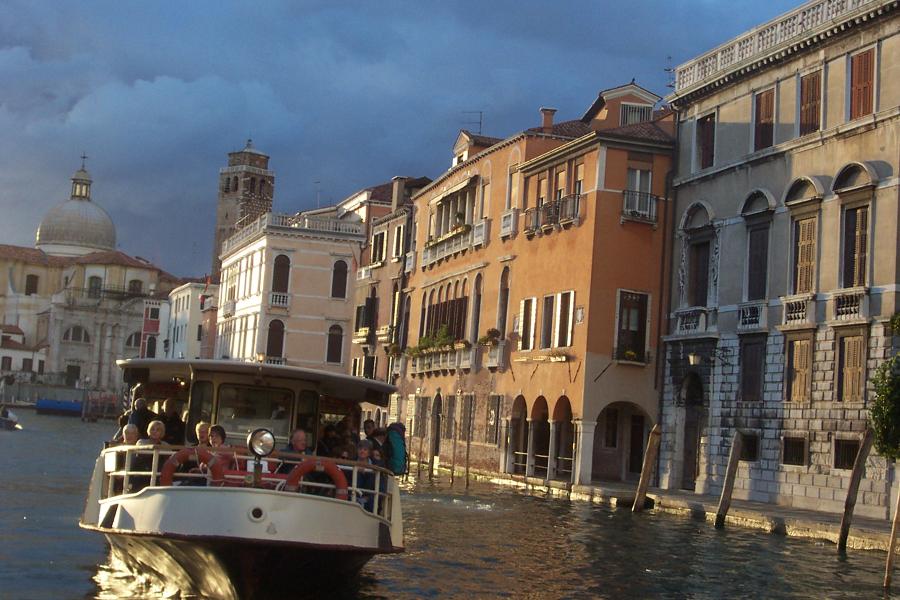 A late night arrival by slow train from Emilia Romagna, and the long walk through the cool October night air in a light drizzle that kept the streets mostly silent. The water in the channels rippled softly under the breeze, blurring the yellow reflection of the street lights,and the narrow stone walkways were filled with shadows. How our impressions changed the next morning. Continue reading "Venice" 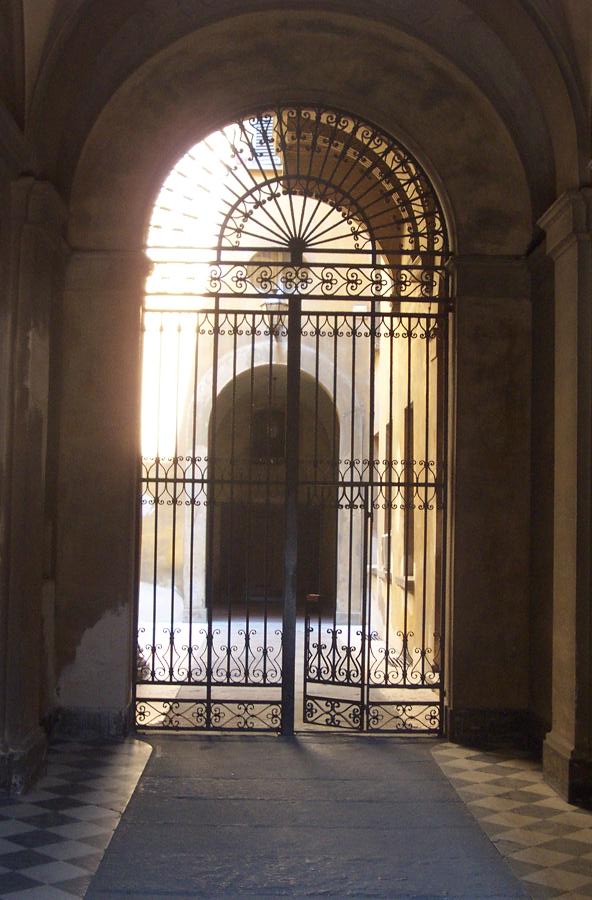 The books mention the confluence and north-meets-south Italian cuisine, or the raucous university vibe. And of course its porticoes walkways are unparalleled. But for me Bologna will always evoke memories of bright autumn sun on the auburn facades, pointy-shoed women shuffling across Piazza Maggiore in long coats, looking through glass shop windows at rows of fountain pens on a late winter afternoon, and the budding green of the hillsides as seen from Capella San Lucas, 666 archways over the city and 500 years before the present. Continue reading "Bologna"

Bologna's center is unmistakeably the Two Towers, the tallest and most visually striking structures in the entire city of Bologna (even if the churches and cathedrals surpass them in elegance). In the 12th and 13th centuries, the wealthy families of Bolognese merchants built towers as a display of their financial prowess. The walled city of Bologna was a veritable forest of pinnacled structures that dominated the roof line. The remnants of several dozen remain, but only "Le Due Torri" stand significantly above the rest of the city. 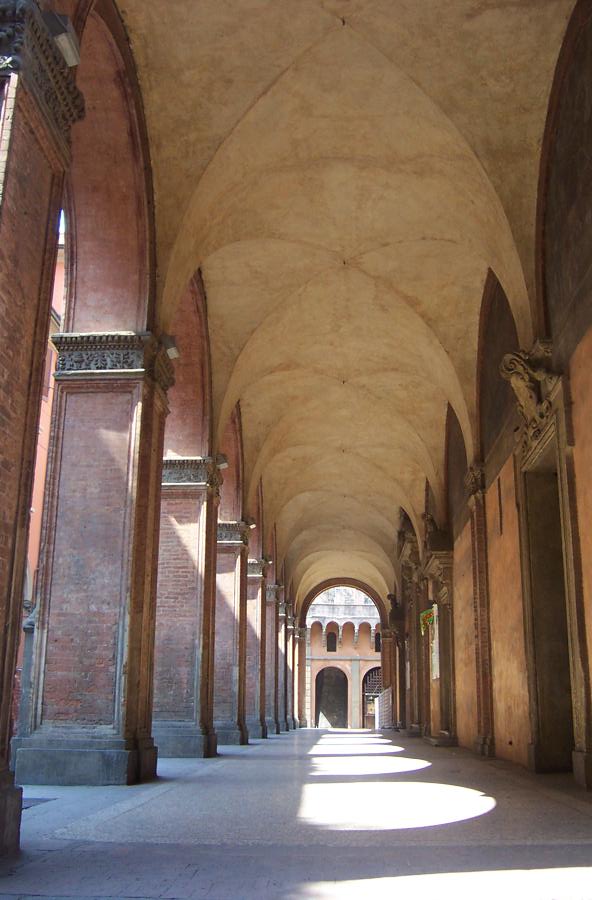 Ericka and I lived in Bologna, Italy from August 2003 to June 2004 while I worked on my master's degree in International Economic Development at the Paul H. Nitze School of Advanced International Studies (SAIS), part of Johns Hopkins University.

Continue reading "A Year in Italy"