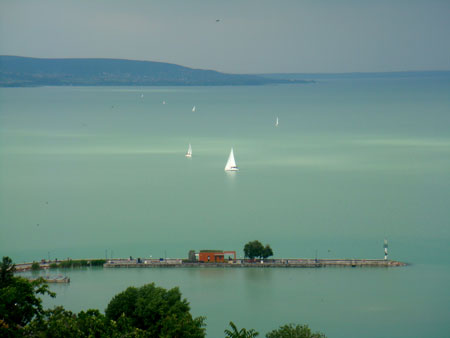 I took this picture of Lake Balaton, "the Hungarian Sea" on an afternoon when passing showers stippled the water's surface with doubt, and ivory-sailed sloops raced before the storm winds. It's hard not to look at a map of Hungary without finding your eye drawn naturally to this immense body of water in the western half. The blue of the map fails to do justice to the temperament of the water, however: we watched the lake flow from greys and silvers through turquoise and every potential shade of dark blue we've known. Continue reading "Lake Balaton and Tihany Abbey" 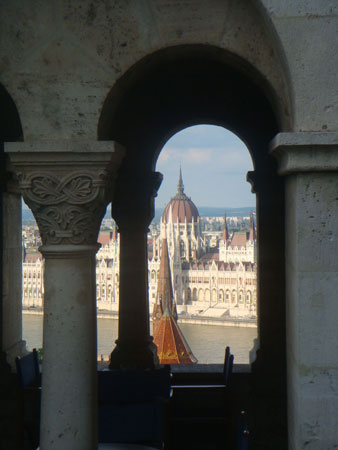 Budapest is a story, its varied buildings and monuments testament to millennia of shifting political winds, rising imperial forces, conquest and acquiescence, destruction and resurrection, even reincarnation. We wandered among Turkish baths, stuccoed buildings that dated from the Hapsburgs, and newer, Communist structures built for modesty and conscious frugality. Knowing far too little of Budapest's history, as I walked the streets, much of it was a mystery to me. Perhaps that is part of the allure. Continue reading "Budapest" 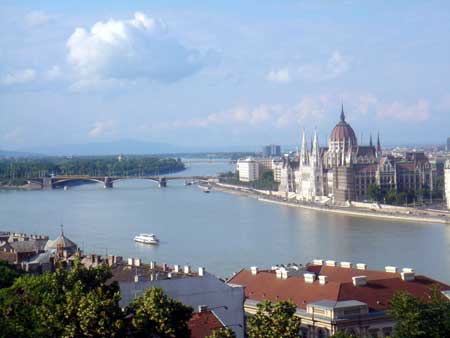 We left Vienna in the bright sun of early morning on a hydrofoil, bound 300 miles down the Danube to Budapest, gateway to the East. Of the several boats moored quayside at the Shiffahrtzentrum, I was surprised to discover ours was not one of the several multidecked, glassy vessels bobbing in the river current, but rather the squat, sealed vessel that looked to me like a half-submerged bus or a big blue cigar. It was either Russian- or Bulgarian-built, judging by the Cyrillic on the steel bulkheads, but it would take us all the way to Budapest in quiet comfort.

The Danube was broad and vaguely industrial around Vienna, and grey and wind-tossed by the time we reached Bratislava. Twice we labored through locks that lowered us over a hundred feet vertically: massive steel and concrete things as silent as the grave. Continue reading "Swiftly Down the Danube" 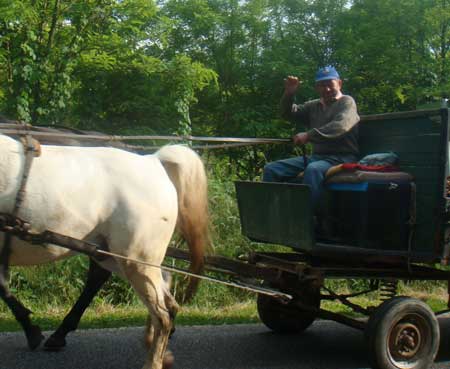 The year was 1890-something, the place an inauspicious village in the Bakony hills of northwestern Hungary. There, a young man by the name of Ferenc was tiring of the agricultural life of his village, Ajkarendek, where his family and a couple dozen others tilled fields of wheat and vegetables. The New World was calling: some men from the nearby towns and even from his own village had already cast their lots with the promises of America, and their stories trickled back to the village where Ferenc and friends would repeat the news from abroad. There were jobs and opportunities in New York, said the letters, where a growing number of Hungarian immigrants were setting roots. These were the adventure-seekers, the ne'er-do-wells convinced wealth would come more easily 'elsewhere,' and ordinary men looking for a change. The trick was to stay with a friend long enough to find a job, and that meant the point of entry would be New York or New Jersey, with the rest of the newly swelling Hungarian expat community. Continue reading "Home Again in Ajkarendek"