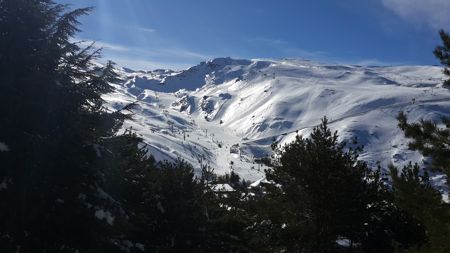 Too good. And too true. We were there in two days’ travel, taking an evening in Madrid to rest up from yet another red-eye flight from Africa over cups of hot chocolate and a plate of warm churros. Arriving in Granada we proceeded southeast and up, on a bus that left Granada’s station several times each morning carrying travelers and their skis. The road narrowed, turning back on itself again and again and fording small streams as the snow gathered at roadside and the pines thinned, and then we were there at the ski camp. Continue reading "The Sierra Nevada" 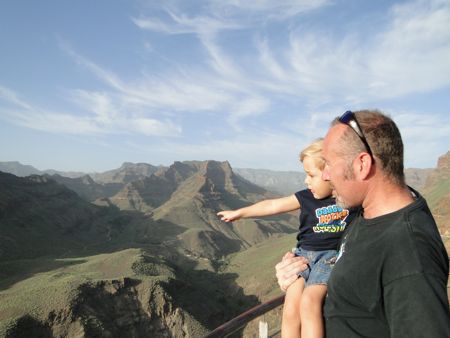 Our guidebook had mentioned the Barranco de Guadaque but I hadn't thought much about it until a Spaniard I was chatting with mentioned it in passing. It was on our way, not far from the colonial village of Agüimes where we'd stopped to explore. The sun was well on its way to overhead, and we'd be looking for lunch for the kids before much longer. Continue reading "The Barranco de Guayadeque"