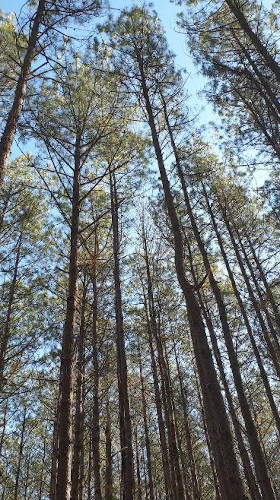 I first discovered that lovely little patch of loblollies only a month or two after arrival. Growing at a forgotten intersection between two busy roads, it was a dense, green wall seen at high speed between other destinations.

I first walked it one cloudy afternoon in early winter, footsteps silent on the dense, matted needles. I returned several times, and found it different each time. But last January was the most memorable: the morning after a decent snowfall, the forest was another world, white and green overhead, the morning sun bright against a cerulean sky. But not silent: the strong winds were moving the treetops and the forest was a tapestry of whispers. Continue reading "Whisper in the Pines" 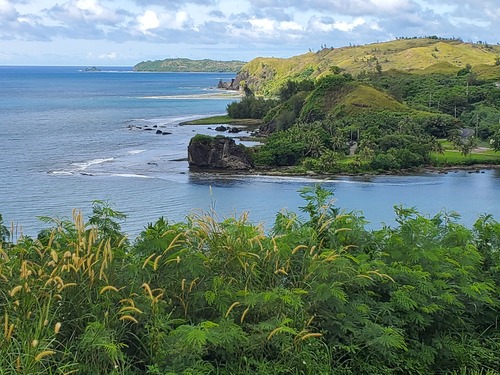 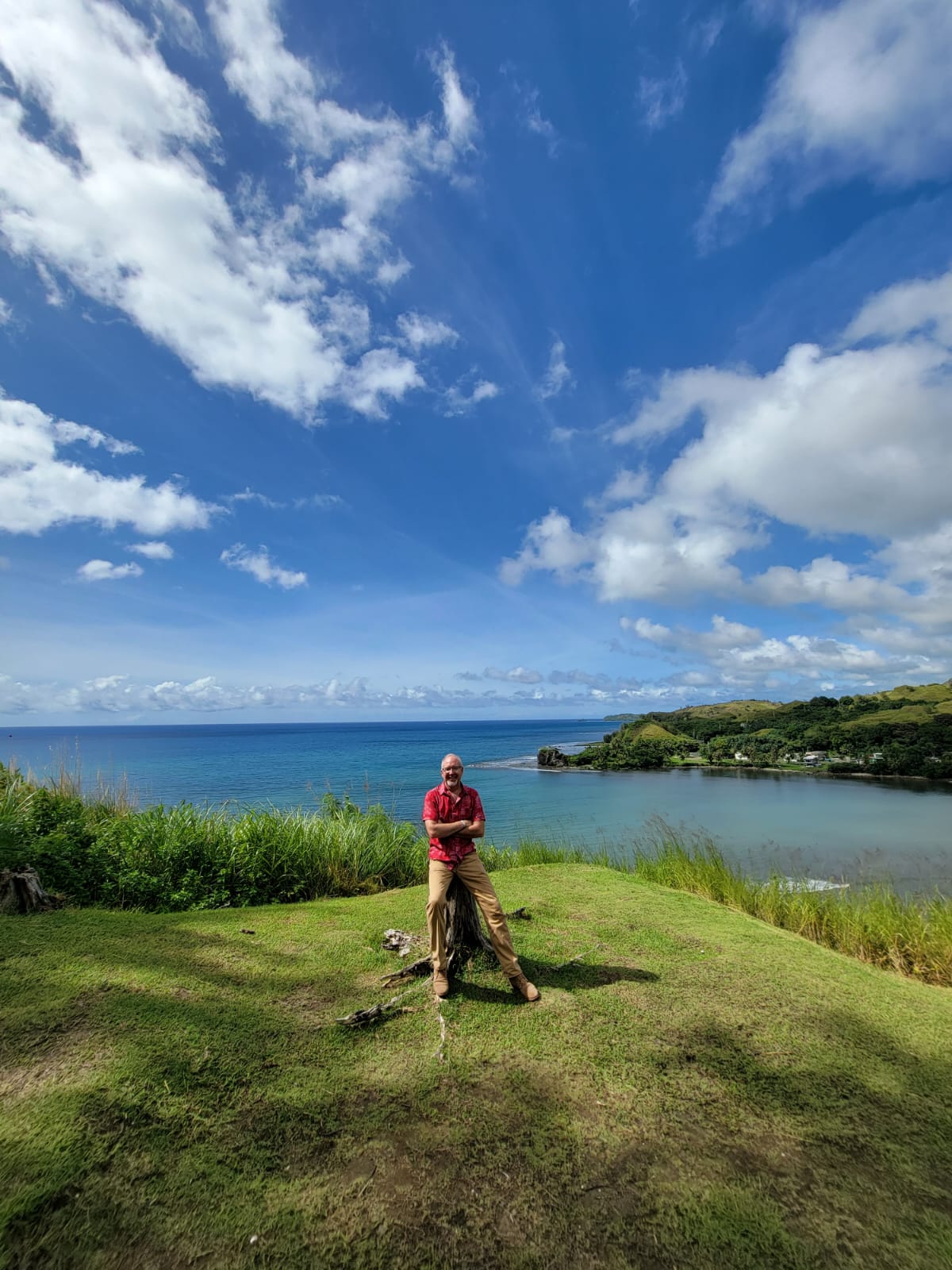 Also fact: In November, 2022, a gringo explorer from Long Island also traveled to Guam. He crossed the island's southern flank, arriving by air conditioned taxi to Umatac Bay, where he met a couple of sleepy island mutts and took a selfie in front of the bay. He stole nothing, seized no land in the name of some distant government, and eventually went home. Instead of circumnavigating the southern oceans in a state of near starvation, he flew coach class on United Airlines and enjoyed a nice chicken salad, suffering nothing worse than some severe jetlag upon arrival. Continue reading "On the Heels of Magellan in Umatac Bay" 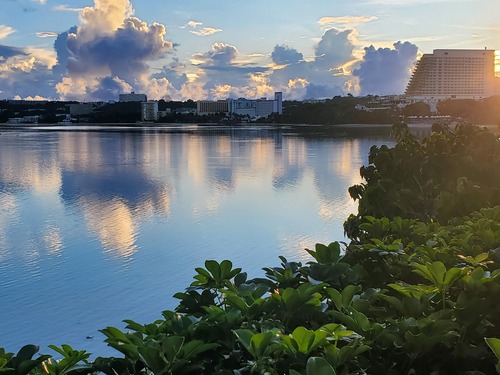 A young Chamorro with a backpack blower spreads dry the shiny lenses of rainwater that last night’s showers pooled on the hotel’s breakfast patio. Continue reading "Morning in the Marianas" 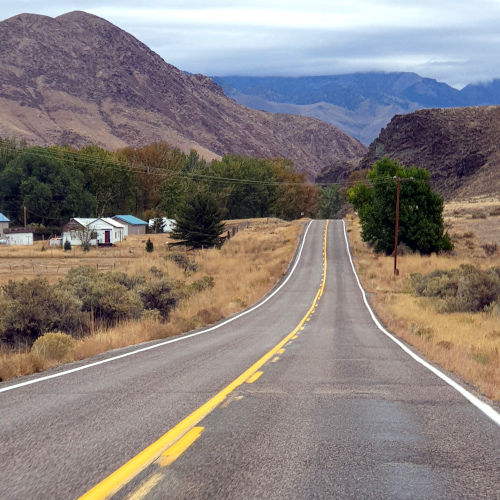 Idaho, October 2022: a land whose beauty and intrigue swelled as I ventured north. I remember back to my disappointment in the summer of 1998, when my Greyhound bus crossed both Montana and Idaho at night, leaving me in western Washington state at dawn. Those were the two places I was most excited to see.

And now I'm in Stanley, a mountain outpost 6253' above sealevel, nestled at the foot of the fierce-looking Sawtooths. To get here I've topped the ridge at Mount Galena (now riven in streaks of burnt trees and charcoal). The road is easy and driveable, but the snow-stakes that mark the edge are a towering 8' high, a silent reminder this is the land of winter. I drive under a grey band of strata clouds that forces the morning light in at angles, like a cat under the duvet. The mountains glow with morning and are extinguished as I move northward. This valley is glacial for sure, plunked at the bottom of the rounded bathtub basin drained by the Salmon River. Continue reading "From Stanley to Salmon" 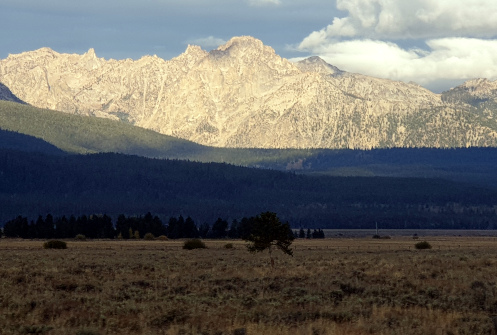 through the steep-walled mountain valley, over peaks now rimmed with snow

On the forest floor of Prairie Creek as afternoon withdraws

I wait, the gathering of shadows pouring night across my paws

Cathedral pines of Ponderosa, whispering of Firs, and the

clattering of streams whose mountain waters chill the Earth

Gone the chatter of the Magpies, gone the golden autumn glow,

just the silhouettes of Sawtooths and of antelope below

As the starlight thickens on the paths where elk have crossed,

in the shadows pools the silence, while the branches catch the frost

The northern forest bristles in these long, October nights

to hear the clicking nails of winter scratching daybreak into ice 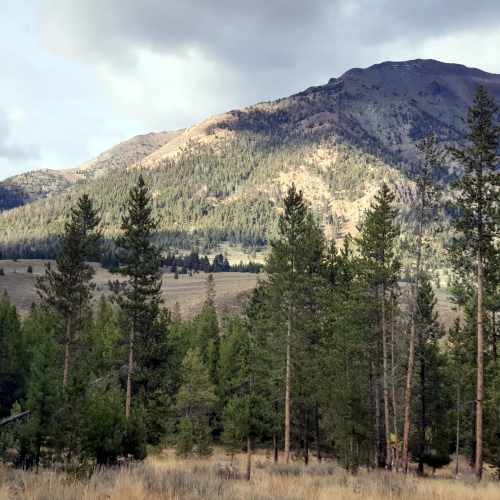 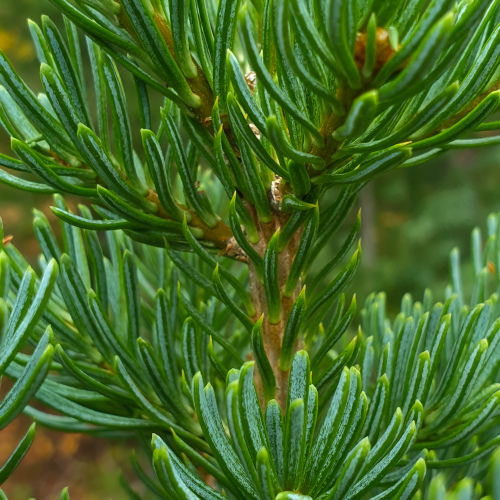 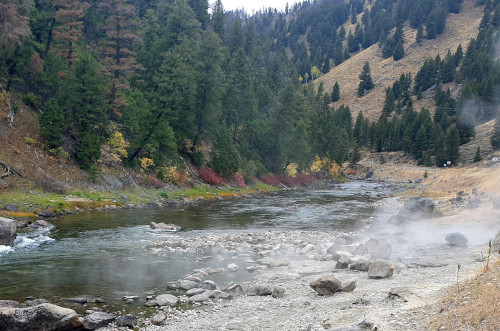 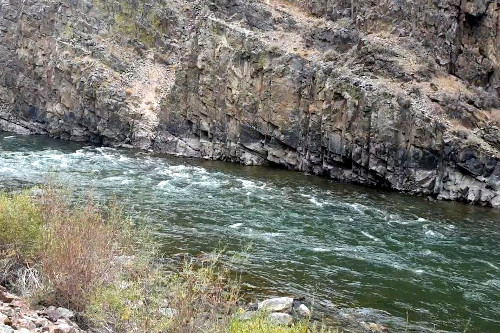 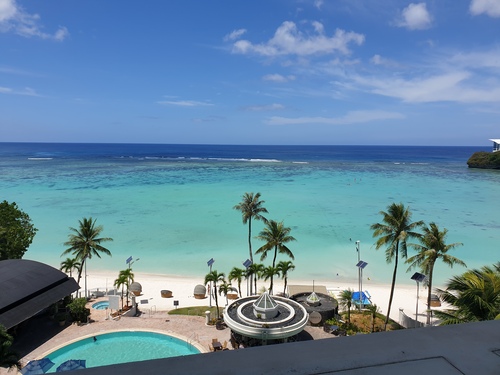 This is the money shot, the one they sell you afterwards for $20. It's full of excitement and energy and features what looks like me, crying like a baby (the water was cold!). But it fails to capture all the things I will remember most about this excursion.

The setting is the Nantahala River Gorge; the trip is courtesy of the Nantahala Outdoor Center (NOC), who runs guided rafting trips down the river all summer. I'd wanted to do this since I first saw it last summer. Our guide was a gentleman named Malcolm, who at 60 years old was in the kind of physical shape you can only maintain if you have a job like guiding rafts, and he was knowledgable and had a respectful, loving connection to the natural world I appreciated. All the rest of this trip's magic goes unrecorded: Continue reading "Nantahala Gorge: land of the noonday sun" 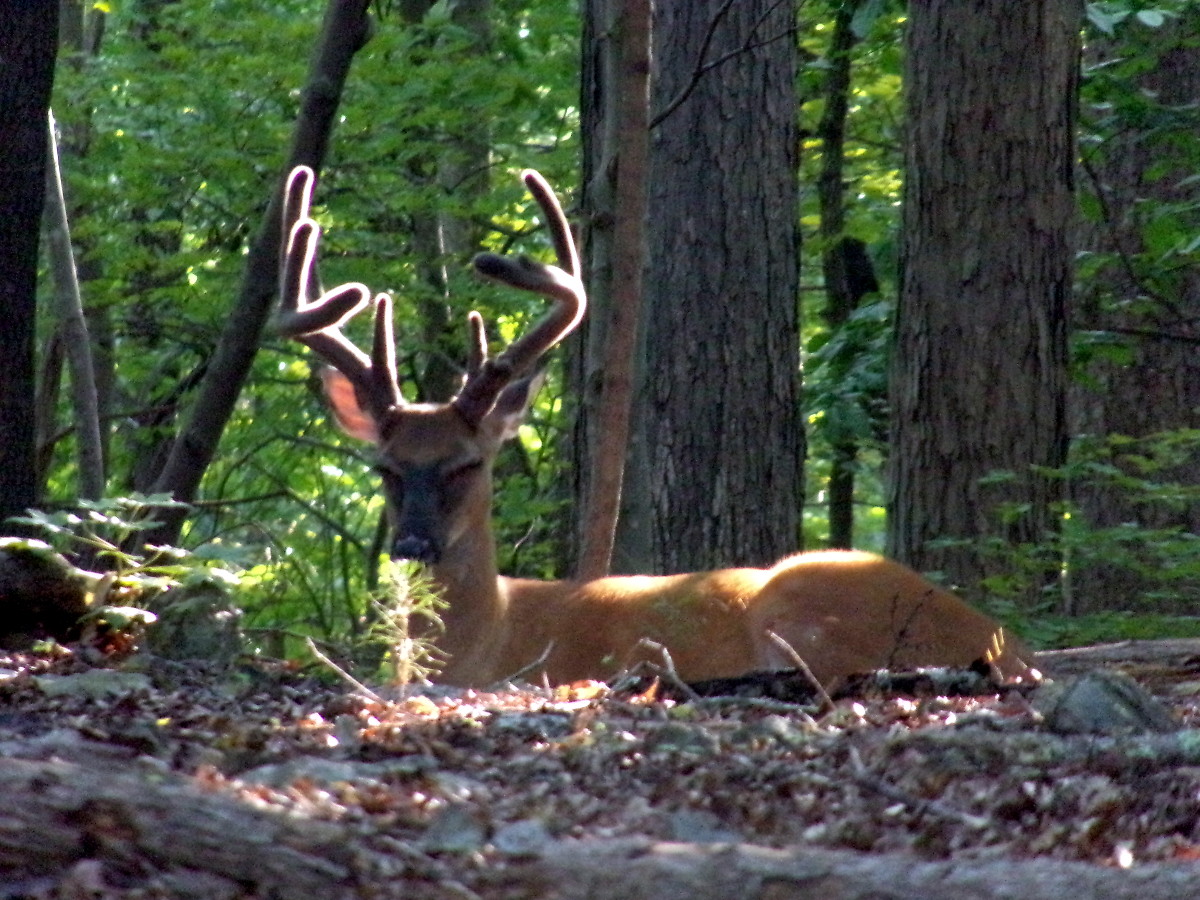 A first memory: we're leaving the big city under a heat warning and three-digit, mid-summer temperatures. We cross into North Carolina just as a thunderstorm sweeps down across the forests and drenches everything in relief. The forests: they're everywhere, green and dark and lovely, thick with shadows and a thousand shades of green, rich with the smell of summer rain.

A second memory: it's our first week, the boxes are still heaped in corners; we are finding our bearings. In the early morning sun, an enormous buck dozes quietly at the forest edge behind our house. He's magnificent, stately, majestic, and offers some sort of welcome to this new, sylvan lifestyle. The White-tailed deer, Odocoileus virginianus. Continue reading "Building Forests"

Success stories are boring. But writing only about difficulty fills the published world with information that only provides half the picture. I keep reading stories about how Linux isn't good enough as a desktop, with endless nitpicking about UX (user experience) choices. Boring: how did we manage to produce so many UX experts over the past decade (criticism of the Linux desktop used to at least focus on matters of substance).

It was time to update a Linux system to newer versions of the software. I backed up my machine and prepared to wipe and restore. Inserted the newer version of the distro, and began the install process. The installer saw that my system had been set up with a separate partition for /home and offered to update only the other partition. I accepted. Fifteen minutes later, I had a new and updated desktop, where effortlessly and to my astonishment, all my stuff was unscathed. Specifically:

It was effortless and impressive and easy. And damned quick, for that matter. Every Windows upgrade my employer has ever delivered me resulted in a near total loss of everything that matters to me, like bookmarks. Yes that's probably because they're brute forcing an image on my machine. But when that's what you're used to, the pleasure of sitting down in front of an upgraded computer that has retained all your hard-earned stuff is remarkable. Point goes to Linux. 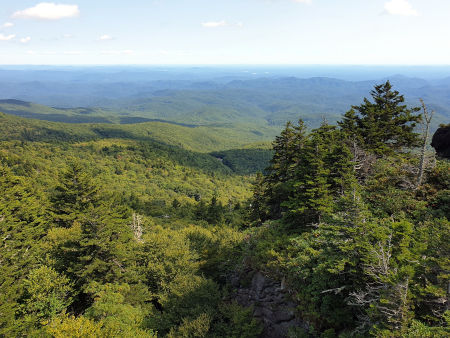 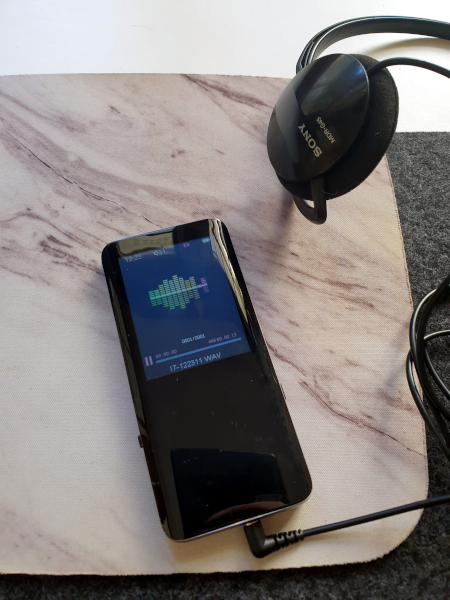 As of today, this site is now proudly serving HTTPS. I was dragged kicking and screaming into the new world though, by a Google policy to penalize sites serving only unencrypted data. This isn't the WWW I signed up for.

Over this crypographically-secure connection, now no one will know you are reading my mediocre missives. Yay us: it's akin to having a secret code ring for a club with no members.