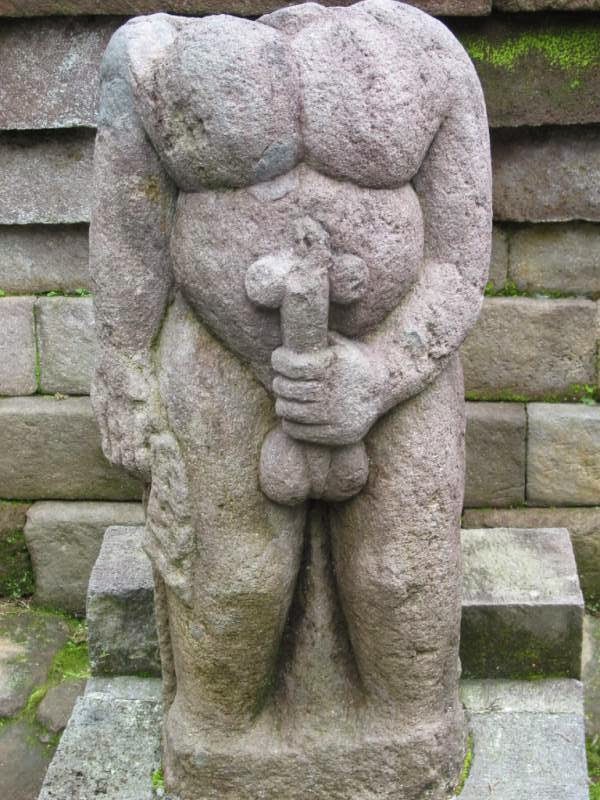 Sheathed in forest on the middle slopes of Java’s Mount Lawu was a 15th century Hindu temple by the name of Candi Sukuh. Carrying only the backpack that had taken me across the Pacific and down half the length of Indonesia’s most densely populated island, I eschewed a 1000 Rupiah motocycle ride and began the long hike to the top. Bad Idea: it was exhausting, and even my “perfect travel bag” remained too over-packed: I was still learning how best to travel. But, it was also a Good Idea: I evaded the rest of the travelers and spent the walk amongst friendly Javanese. This is why we leave home, after all. I helped one old woman carry her things from the pasar (market), and some young women sitting coyly at roadside on a low wall of volcanic rock taught me the Javanese “sukueng siang” greeting, a near equivalent to the Bahasa I’d studied. I'd only been in Java a few days, but upon departing Yogyakarta in the direction of Surakarta, the adventures were already piling up. 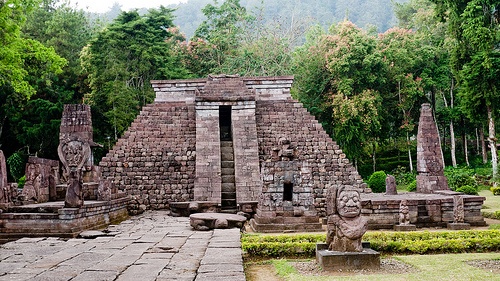 The temple itself was striking. Squat, solid, looking almost Mayan in its architecture1, the stonework showed early divergences of Javanese Hinduism from the Subcontinent, and the final days before Islam began to take the archipelago. More obvious, the whole place was littered with sexual reference. I’d almost called it ‘innuendo,’ but after you’ve seen a few dozen stone phalluses penetrating mounded yoni, it’s hard to call it subtle. It was funny, nonetheless, to visit a temple dedicated at least partly to worship of reproduction and the sexual act. Imagine a 15th century Java so intent on godly intervention to ensure reproduction: now imagine it on an island whose reproduction has been so copious there’s hardly anywhere to put the new generations. Java burgeons. 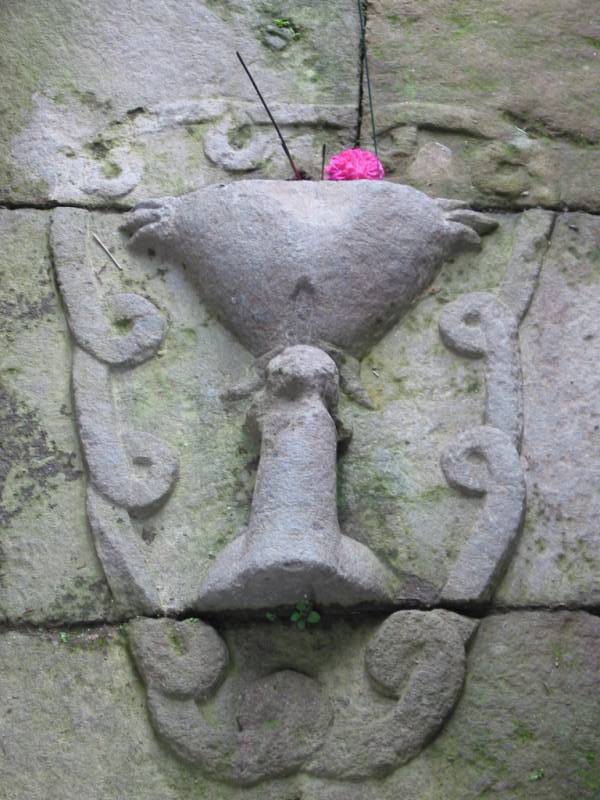 The hike back down to roadside would’ve been easy enough, but Dalton recommended something more captivating, and on a whim I shouldered my bag and headed south instead down a path that remains my most poignant introduction to Java. It was nothing more than a footpath, used by hundreds of Javanese living in desa and kampung, here lined with sharp edged volcanic stones, there worn smooth by the many bare feet that had traversed it over decades or more. It wasn’t easy, but it’s hard to complain about your traveler’s bag when you are passing Javanese farmers carrying painfully heavy loads of straw or wood or produce, sweating under the equatorial sun without complaint. I sat to rest at one point, taking from a side pocket the sweet biscuits I’d bought alongside the temple access road. A Javanese farmer came by and, unable to communicate with him – he spoke no Bahasa at all – I wordlessly held out the biscuits. He took one gingerly, with a smile. In exchange, he offered me some cold water from a bottle he carried in a deep pocket, sharing a smile that verged on a wink. 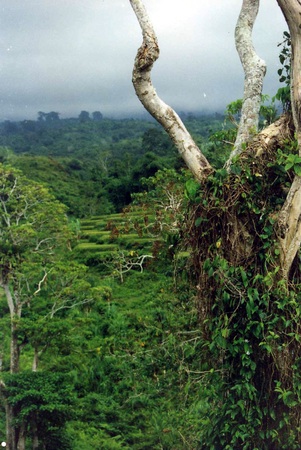 The path traversed gorgeous scenery most easily evoked by the word “Javanese.” If you’ve ever searched for images of Java you’ll know it immediately: rows and rows of greenery spiralling up steep mountain slopes, rock outcrops, beds of sweet vegetables nestled up against a path that coils, serpentine-like, among small villages billowing woodsmoke from cooking fires: one of the most basic existences on earth shared by millions in an enormous, tropical garden.

I was tempted to take a photo but did not, so the only shots I have to illustrate this are borrowed. It was 1993 after all, and my camera – a wide-bodied SLR bearing slide film – was anything but discrete. It remained safely in my bag where I was unable to capture even the smiles of the little children who greeted me. I connected better, in fact, to the young ones, who had learned Bahasa in school and were stunned I could speak their language almost as well as them (a full two years of intensive language study had ensured it!). I carried their smiles with me all the way to the mountain village of Tawangmangu, where I slept deeply, awoke to a breakfast of nasi soto and two es jeruk (sweet lime juice), and then hit the road.

Tawangmangu was a gorgeous hill town and market, and I spent the morning the same way as those early Indonesians who had carved Candi Sukuh from volcanic rock: wandering the market stalls among heaps of fruits and vegetables, baskets of chickens with their legs tied together, stacks of garden impliments, and piles of batik cloth. I settled on a sweet pineapple and some bananas, a package of soap, and some bread, and for less than a dollar I traveled down the mountain on a bus that took me deeper into Indonesia and deeper into and adventure I’d been preparing for two years.