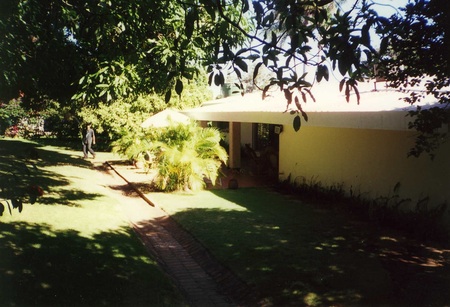 July, 2003: A violent sun that thrusts its way through the greenery of Mango and Tamarind trees. Hot air of all sides and no respite from it anywhere, least of all in the house where the fans spin the columns of blistering air through the sala and kitchen. Outside, the parrots in their cages fidget restlessly or nap with their heads under their wings.

I'm passing through shreds of memory of another life I led, not so long ago but so many worlds away – the huge house on a hill in Las Colinas where from the road I glimpse the upper canopy of those immense Mango trees. With shame I recall scolding a man who had been stealing them from a back road by poking the tree with a stick so they'd drop, only to notice I was embarrassing him in front of his young daughter, whom he pushed with him in a wheelbarrow. Why do rich neighborhoods and poor neighborhoods always abut in places like Central America? Sheepishly, I let him have the mangos, remembering I wasn't even going to be able to eat them by myself. 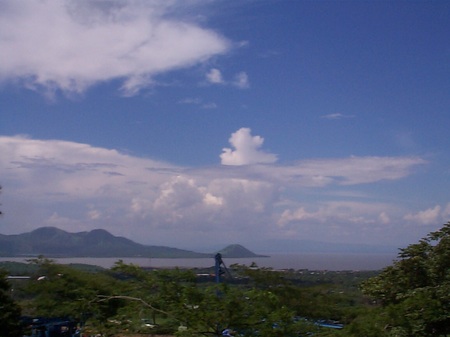 Downtown, the movie theaters gleam, but rows of poorly clad men washing car windows or selling fistfuls of miscellaneous junk line the busy intersections, too. Yes, everyone just passes through this life in a jumble, trying to make the best of the lot we were given.

The Casa Grande is there, sitting imperially at the top of the hill, crystalline water lapping the edges of the pool and the green lawn unfurls, carefully tended to by men with shears. The curved, marble staircase up to my office is a perfect spiral. How many afternoons did I watch thunderstorms build over the lowlands of Lake Managua while I researched Linux from that upstairs office, then retreat to the solitude of my home for dinner and maybe a late night visit from the woman I'd soon marry?

The folks at the Peace Corps office were still there: friendly faces that remained friends, were glad to see me, and invite me back into that world of intense but hard living, backpacks and shredded underwear, parasites and heavy drinking, complaints and stress and small victories.