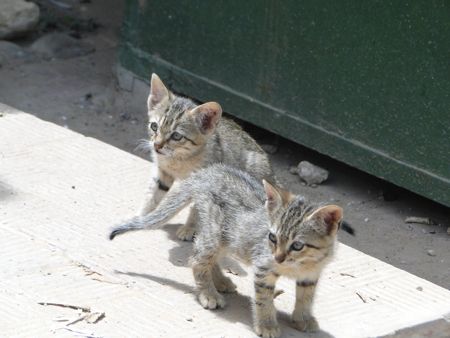 They were already there when we arrived, the cats of Dakar: waiting for no one, lazing indolently in the sun, circling anxiously when the trash was taken out, napping on roofs or the knife edges of concrete walls. Some of them allowed you to scratch them on the top of the head, but most did not. We knew them by name: "PG" (the matriarch), Lulu, Fifi, Tito, Marsupilami, Calico, Batcat, Arnold, Ashes, Jaguar.

Nights they would skirmish and prowl, revealed to us the next morning in eyes scratched out of their sockets, torn ears, scratches. We wrote more than one off as goners only to find them skulking in the shadows months later, ready for their next brawl.

We watched 4 or 5 generations of Dakar felines occupy our doorstep the years we lived there, meaning to me the average lifespan of those furry buggers was about a year or two in which to be born, discover and learn to love the world, fight, fornicate, and die. They lived on a diet of lizards and whatever they could glean from the trash cans, as best as I could tell. Someday, even those ounces of nourishment will be gone. And so will the cats.

If they sensed their imminent doom though, they made no sign of it, made no preparations, worried not at all, and would leave the troubles to whichever generation of cat was faced with the last meal to fight it out. In that way, I find they were little different from the Senegalese themselves. 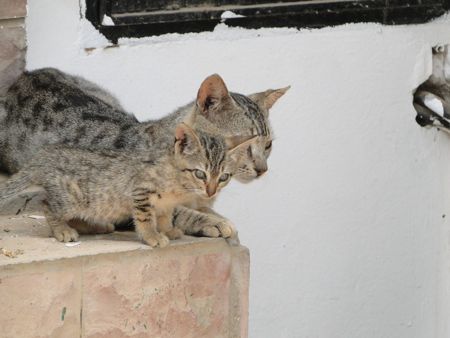