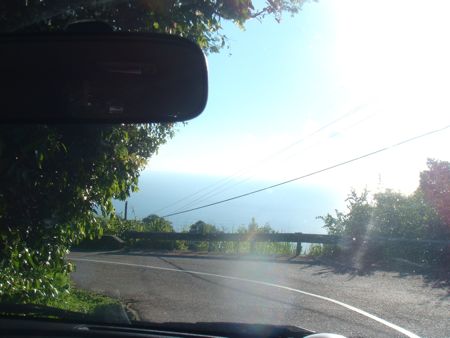 The gentleman behind the shop counter welcomed me: "I don't think I've ever had any New Yorkers in my shop," he added. We didn't meet many Americans either as we traveled through the Seychelles. Perhaps it is the distance and expense of getting to the Seychelles from the USA: neither is insignificant, and the few Americans we did meet were living and working in Europe, which shortened both.

But my personal theory is that gringos avoid the Seychelles because they're scared to drive. Twice we rented vehicles to explore Mahe. Driving on the British standard, the driver is on the right side of the vehicle and drives on the left side of the road. And on the interior of the car, everything was, to my expectations, on the "wrong side" of the car. It took a day to get used to shifting with the left (manual transmission! Another way of discouraging a society that mostly forgot how to use a clutch a generation ago) but it took three days to get used to finding the turn signals, and more than once I signaled a left by flipping on the windshield wipers.

But even for those who are accustomed to driving like the Brits, the Seychelles roads in Mahe are frightening. Narrow and sinuous, they climb and descend through endless valleys, hairpinning and doubling back on themselves ad nauseum. On one side is often a rock face of sharpened granite; on the other is a sheer drop down to the (gorgeous, turquoise) ocean. No guide rails (remember, back before the lawyers, when they were called guard rails?) to be found, and kamikaze buses hurtling just over the center line at breakneck speed. And, in the bonus round, we got caught in a tropical rainstorm that reduced visibility to near nil. There are very few vehicles, particularly those that are rented, much bigger than the tiniest of American gas guzzlers. We rented an Atos and then a Scion, both tiny 4 cylinder put-puts with no amenities other than air conditioning units we never used.

Exciting, and fun! But don't ask why you don't see many American tourists. They're probably too scared to drive! 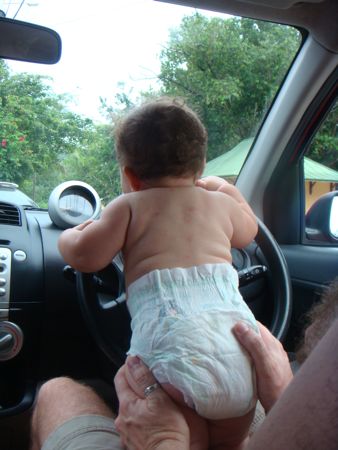