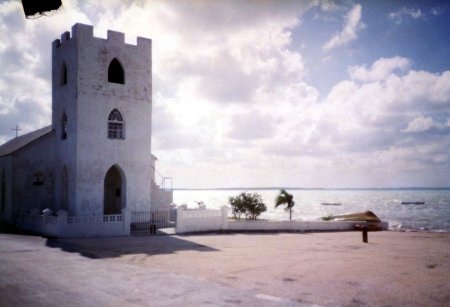 December, 1997, and the nights in Boston are so long they practically connect. It is a time of reflection and transition, because I am about to embark on an adventure that will last five years and alter the course of my life.

This is not about that trip. This is about the trip I took four week earlier, the trip I took because United Airways wouldn't refund my already paid ticket, or let me transfer it to anyone else before it expired while I was in Nicaragua. It's the story about the pre-adventure, the trial run, the test drive. It's about spending the shortest night of the year in the Caribbean, just because.

I left icy Boston and flew south, traveling with one small bag and my journal. I'd all but packed out of the room I was renting in a Dorchester boarding house, and two duffels and a stack of books were all that remained to accompany me to Central America. But I didn't need much either for that trip, or for this one. Rather, I was leaving it all behind me.

But the first time we boarded the 20 seater twin prop jet for Eleuthera, we traversed the narrow Caribbean in vain, only to circle the Eleuthera runway twice and return. The sun had dropped below the horizon and the runway was unlit; we couldn't land. We spent a night in Fort Lauderdale and returned with the next morning's light.

"Miss Purdy" answered the door when I arrived at the little beach front hotel where I had reservations. She showed me to my room - I was the only guest - and brought me a one speaker AM/FM radio. "You've got to have a radio out here on the islands," she told me matter of factly. "I've lived here all 76 years of my life. It gets quiet out here, I can tell you." She was right. 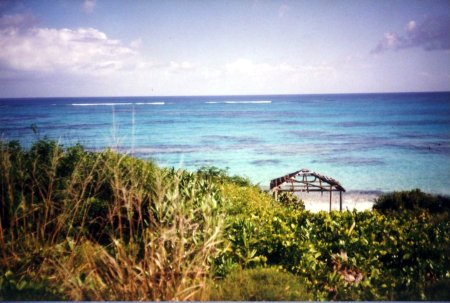 Eleuthera was just what I needed: isolated and mostly overlooked by the package tourists that filled the casinos on Saint Johns, hibiscus on the hedgerows, and the thin shade of the coconut palms on the stony shore. One morning I drove out to the bay to see the turquoise water lying still in the windless morning, another I drove up to where the Baptist church stood at the edge of the Caribbean, stark white in a field of blue, and another I collected shells.

As 1997 came to a close, Eleuthera made a great transition for me. With the solstice, the days would grow longer and everything I knew about my life would change: soon the winds would blow permanently from the south.