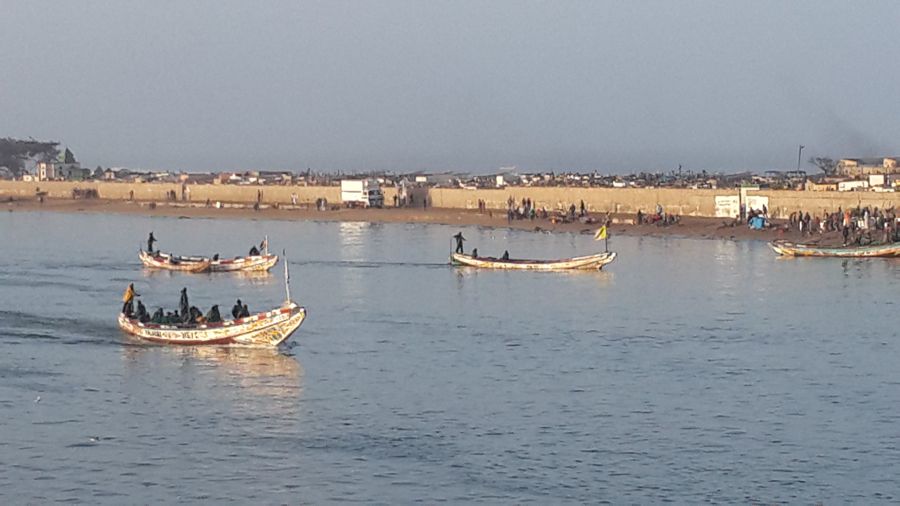 The morning sun was scarcely over the horizon and a cold wind was blowing off the sands of the Sahel when I first saw them motoring up the steely, smooth waters of the Senegal River: Senegal's artisanal fishing fleet, back from a long night – or maybe several – in the cold waters of the eastern Atlantic. A dozen wooden pirogues wended their way, gracefully, past the island of Saint Louis where I watched them from a hotel balcony, towards the tangled knot of ships and men that constitutes the fishing port.

I watched them with a sense of appreciation. Other than the outboard motor and the grey vinyl Wellington overcoats worn by the crew, not much of that scene has changed in centuries, including the long, drawn out lines of the pirogue itself, which was originally a river craft stretched out and sent into the unforgiving ocean in search of bigger fish. After many years of working among the highest levels of political leadership to bring about meaningful reduction in Senegal's poverty, I watched these traditional people going about their traditional craft in the traditional way, and I thought to myself, "I haven't affected these folks in any way at all." That's not totally true, of course: they're the rantings of a frustrated bureaucrat impatient with the rate of progress and all the insalubrious aspects of trusting political leaders to want and work towards change. 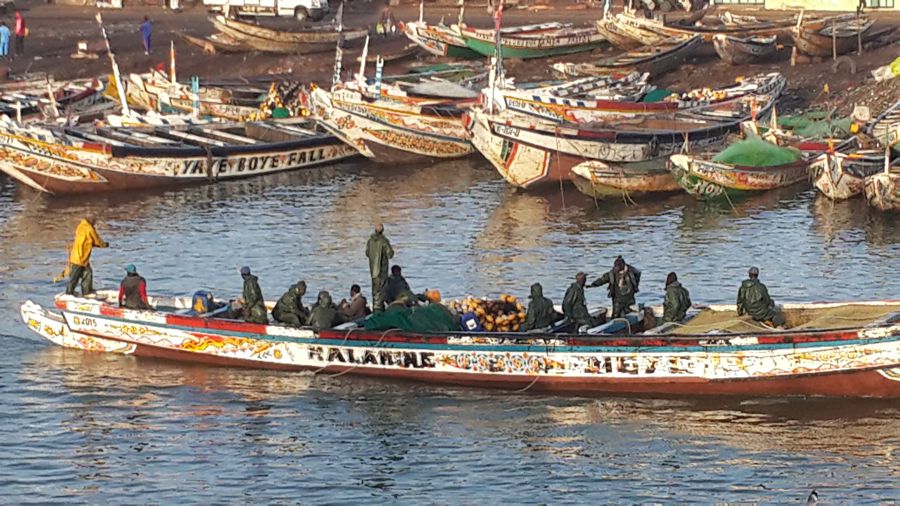 Still, the old ways prevail: what do these traditional workers understand about our short time on Earth that I don't? Perhaps that while you are here, you need to eat, enjoy your family, and be grateful for every additional sunrise you live to see. Never do the Insh'Allahs get more persistant in Senegal than at the end of the day, when it becomes more obvious than ever that only God himself has any sense of whether you'll still be here tomorrow or not. 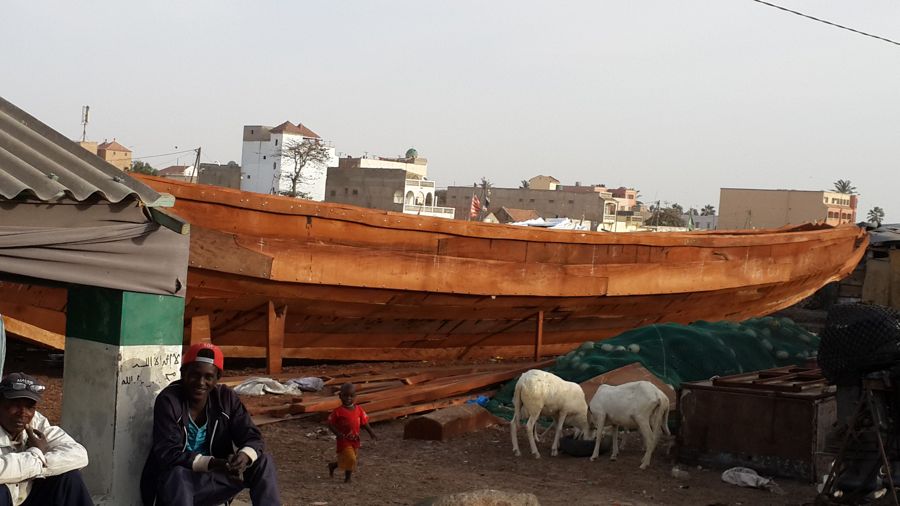 No one knows this better than Senegalese fishermen. They do their fishing at night, it was explained to me, either because it is easier for them to spot the luminescence of fish swimming below them, or because it's harder for the fish to spot the shadows of the sleek pirogues bobbing in the waves above them. The fishermen bid farewell to their wives just after dinner when the sun dives below the horizon, and head downriver and out to the Atlantic in search of livelihood and food for the table. Maybe they return, maybe they don't. Maybe they have the good fortune of drifting over the top of a school of something valuable and delicious; maybe the choppy, angry surf of the Atlantic turns their pirogue beamside, and they all drown. 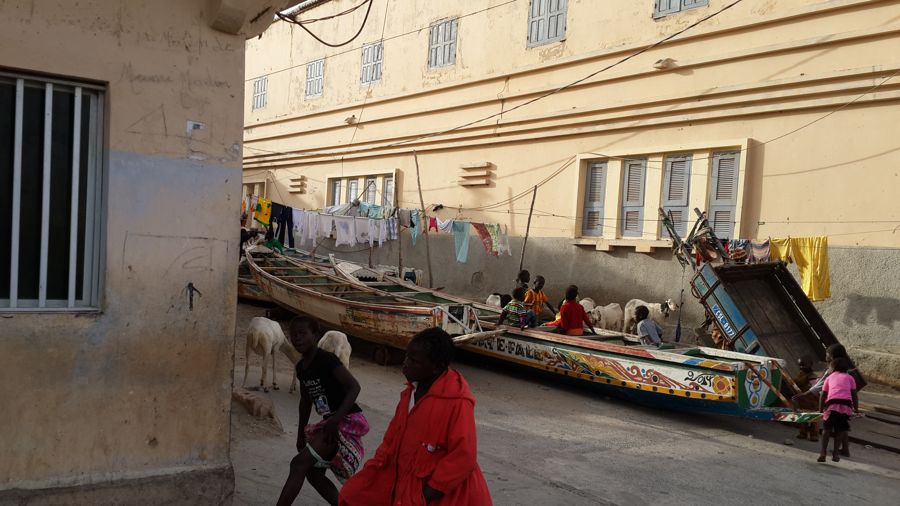 Then, too, I remembered: while the traditional ways have their value, the world is changed. Those same waters are now the domain of myriad other national fleets from China to Russia, all pursuing the same fish. I learned on the History Channel's Life after People that the seas and their fisheries could recover from the ecological pressure humans have inflicted a short five to ten years after our demise. But until then, we are nearly emptying the world's oceans of fish stock, and the trawlers come in stealthily – at night, like the Senegalese – to cast their nets in places deemed to slow to catch on their own. Add weak supervision and oversight, corruptible regulatory agents, and the grinding desperation of poverty, and it's clear that even though the traditional ways have failed, modern ways require a level of competence and organization desperately and probably permanently lacking in the world, and which simply cannot be forcibly imparted by well-meaning third parties. 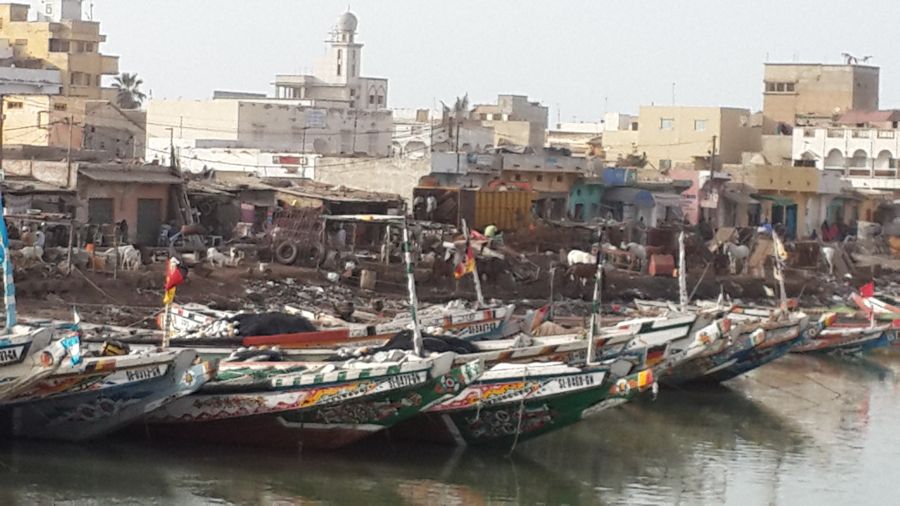 Then I look again, as the last pirogues slip up the river's mouth for a day of rest and re-outfitting. Their thin bows cast the tiniest of wakes as they part the river waters, pressing slowly and inexorably up against the onslaught of the draining river valley. In fact, they are nearly as silent as a grave.