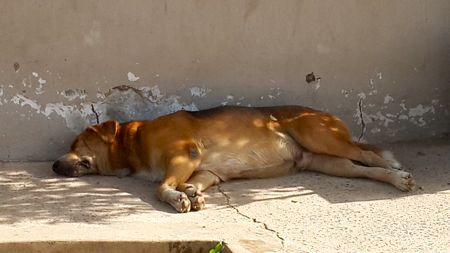 There's no question something needs to be done about all the underfed, fleabitten, miserable animals living a hairsbreadth from danger in the streets, gasping for shade under parked cars, scrounging through barrels, and generally living badly. And the Dakarois are scared mostly to death of dogs, so they are happy to have fewer of them. So when it comes time to develop and implement a street-dog sterilization campaign, how does it play out?

First of all, we're talking about neutering/spaying here, not dog catching or even euthanization. These dogs are rounded up, sterilized, and and returned to their own homes (where they must have interesting things to discuss). But how does a program like this come about and what roles do everyone play? 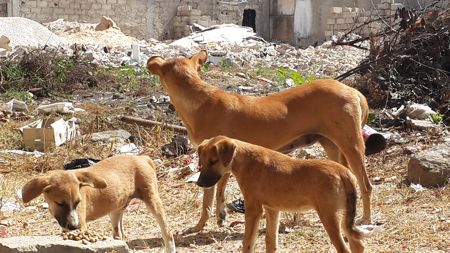 Here's the analogy, and I see it again and again, not just in Senegal but elsewhere, too, and it's always the same: there's an obvious problem that even the locals recognize as a problem but can't be bothered to fix. The local political and economic elite not only can't be arsed to do anything to help their country, but seize the opportunity if foreigners organize, to make easy money. Are they happy to contribute to your cause? No, it's your cause. But they're happy to make some cool, hard cash off your project. Want to save malnourished babies? Hell yes - hire me as your program manager (where I'll make sure the project benefits get doled out to my constituencies), not because I care about malnourished babies but because you do, and that means opportunity for me. Want to send help to countries stricken with some disease? Happy to help, but we'll have to agree on a framework that involves payment and benefits to me (we'll start with a new car, to help me get around in comfort while I oversee your needs). And when you go? Well, not only will the problem resurge, but if I'm lucky I can use my knowledge of how important it was to you to convince somebody to start up another project with similar goals, at whose center I'll make sure I get a central role.

Poor countries are poor for a reason, and colonial legacies, resource needs, and "poverty traps" describe only part of the problem. Paul Theroux got it right in Dark Star Safari when he complained about the political elite of Malawi. Of course Malawi needs foreign intervention to solve problems, he wrote, because its own political elite doesn't do it. In fact they're too busy trying to corner business markets or to emigrate to the developed world in search of work opportunities. It's the kind of insight that comes with age and curmudgeonliness, and you see it in seasoned development workers, too. As I say to Ericka almost every day, you don't get your country to look like this by making the right decisions. And judging by the number of Porche Cayennes and Land Rovers cruising the streets of Dakar at the hand of wealthy Senegalese, poverty isn't universal. But doing anything serious about poverty, street dogs, malnutrition, and the like takes a serious commitment by the political and social elite. And they're neither serious, nor concerned about anything other than lining their own pockets. That's pathetic, but it describes the world as we know it.

Maybe Albert explained that to his own puppies long ago. Smart mutt – somebody give him a bone.