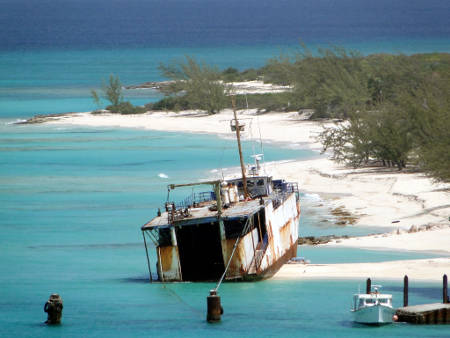 I only knew two things about the Turks and Caicos islands before traveling: one, that due to serious concerns about corruption and transparency, the United Kingdom had come close to throwing them out of the British Commonwealth and revoked their right to self government in 2009; and two, that by Caribbean geography alone, it was darned likely I'd find an aquatic paradise of white sand beaches, transparent, turquoise water, and bright sun. On both accounts, I was correct. But I learned a bit more, as well. And mostly, I learned it from Ernest Hemingway. Here, pour yourself a drink before reading on:

Thomas Hudson took a sip of the ice-cold drink that tasted of the fresh green lime juice mixed with the tasteless coconut water that was still so much more full-bodied than any charged water, strong with the real Gordon’s gin that made it alive to his tongue and rewarding to swallow, and all of it tautened by the bitters that gave it color. It tastes as good as a drawing sail feels, he thought. It is a hell of a good drink.

Turns out, one of the Turks' claims to fame is the fact John Glenn's Friendship 7 Mercury spacecraft splashed down not far off Grand Turk island in 1962 after a successful space-circumnavigation of the globe. A replica of the space capsule and its red-and-white parachute awaited visitors not far from the quay where we disembarked. I checked it out, and was impressed by what a simple piece of engineering it really was: a steel container only a bit larger than a human body, and construction technology that reminded me a heck of a lot of my old 1969 Jeep CJ5 (that's affection and nostalgia, not disparagement). I also learned the Turks were once known as the Salt Islands, and produced salt for the British Empire and its colonies in the 18th century. In fact, when the Americans led their revolution, King George responded by making sure no salt made it to America, something that did impact the ability of George Washington's troops' ability to cure and store their meat. 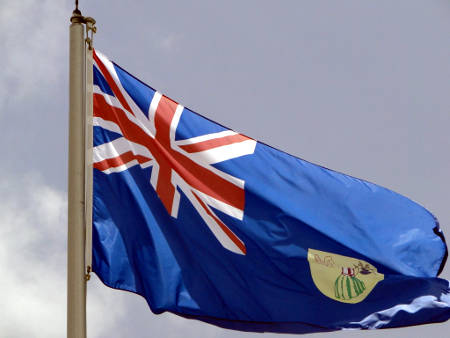 Lastly, I realized what a low and vulnerable bit of sand the entire Lucayan Archipelago really is. When discussing the impact on island nations of global climate change, the Maldives and parts of the Pacific are frequently mentioned, but it wouldn't take more than a couple of centimeters' rise of the sea for the Turks and Caicos to disappear totally under the waves (and become a pretty dangerous set of reefs and navigation risks, actually). In the meantime, with the islands still glistening under the sun, we had a fun time poking around in noonday sun that was practically blinding.

On Grand Turk, a relatively new "Cruise Ship Pier" had been so expertly constructed on an out-of-the-way island that it accommodated two ships at once, or a total of something like 7000 visitors able to descend en masse to a carefully laid-out playground of duty free shops and restaurants like the ironic Jimmy Buffett Café offering up burgers and rum on an island that produces neither. But that's the point: imagine a world in which all you have to do is be moderately organized, build out the appropriate infrastructure, ensure an appropriate level of quality, enter into negotiations with the extraordinarily business-oriented cruise lines, and suddenly your sandy backwater of an island can have 7000 or more wealthy tourists traipsing through your shops every day. Why can't countries like Nicaragua do something like this? It's pathetic. But looking at the quality of the pier the way I approach engineering/construction projects at work, I recognized that they handled this project very well: the quality and organization were exceptional, and the brief time anyone from those ships can be funneled into shopping and buying made for huge economic opportunities. It's ridiculous that the poor countries of the world aren't able to handle projects like this, but the truth is that most of them can't, and I've lived in those countries for most of the last 20 years. 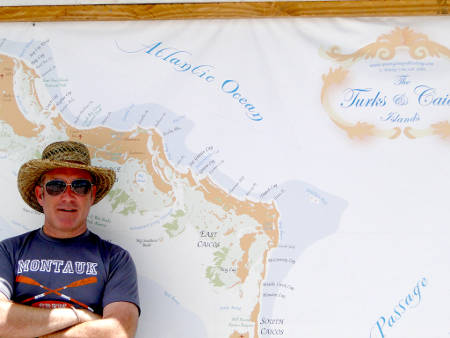 What to do? Well, in the short term, buy a fruity rum drink and relax: I'm tired of trying to fix the world, and am increasingly working on an economic theory of the world centered on the idea that poor countries are poor not because of happenstance but because they're simply not well-enough organized to do much better than that. "Pass me another drink," I thought, and went back to reading Hemingway's Islands in the Stream. This quote about bad governance – especially in Spanish speaking lands – seemed pretty darned appropriate:

Now, carry on, finish up that drink, and go read more Hemingway. Those islands will be there a bit longer.