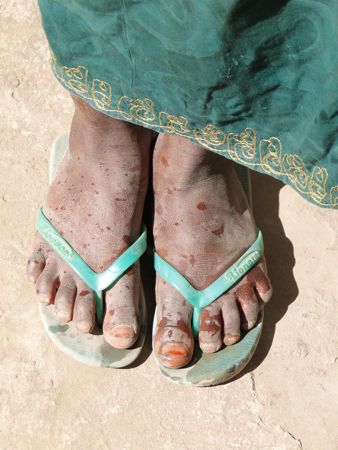 One day, the taps simply ran dry. No water. The only way to truly understand what that means is to live through it, to experience it, to suffer through it. Only then do you realize that all the other problems about which you complain are nothing in comparison, that your squatter neighbors live some version of this tragedy every day of their lives. And then you recognize how precarious human existence truly is on this earth.

We learned later - the hard way, of course - that Senegal’s Presqu’Ile of Dakar depends almost entirely for its water supply from a reservoir just south of the Senegal river, carried through a pressurized conduit to the capital. Precarious, but Manhattan has a similar relationship with the Adirondack Mountains, actually. And a critical Y-fitting in the conduit had been damaged, with no replacement piece available. Suddenly, we were dry. The news got worse before it got better: the repair would take nearly two weeks. 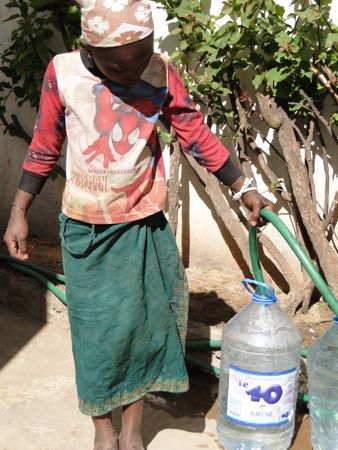 Rich expats made out well enough: bottled water was for sale (and a government edict put an end to the inevitable price gouging, yet another reason to think the human race is scum), and villages outside of Dakar had water. Also, some neighborhoods of Dakar had older wells and cisterns left behind from the colonial period. Friends shared with friends; elsewhere, women and children with buckets and pails formed lines wherever it was possible to fill even a few of them.

Still we suffered. And we learned. Turns out, with a washcloth and some diligence, you can wash your entire body with less than a liter. You can shave with 8 fluid ounces. And you don’t have to wash your clothing quite as frequently as you might think, especially if everyone else is in the same situation as you.

The one area where we really suffered though was the flush toilets, which grew foul quickly when there was no water to flush them. I was ready to start using seawater, when by the grace of God we had a deluge of a rain shower. I filled every single bucket, pan, bowl, and barrel I could find, put the kid’s plastic swimming pool under the rain gutter, left the dirty dishes from the kitchen outside for a good soaking. Momentarily we were saved. Even more grateful were the neighborhoods of Yoff and Parcelles Assainies, where they’d resorted to digging shallow wells by the beach. Thinking about it, if we’d been living with a pit latrine like I did for years in the Nicaraguan countryside, we’d have been better off.

I learned how little water you need to survive, and how many reasons besides drinking we need access to water. I also noticed for once just what my neighbors go through on an almost daily basis. I saw in some places where crisis and need brought people together, and brought out the generosity in people. I also saw what I’d expected from the human race:

When the water finally came back and repairs were finished: neighbors on all sides went back to wasting it. What was the first thing they did? Wash their now dusty cars.