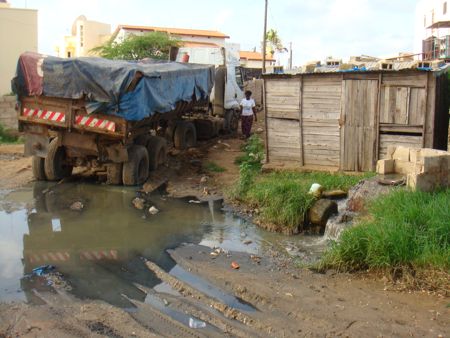 How did we get here?

Let's start at the beginning: I realize, after many years working overseas, that more of the world looks like this, than doesn't. As a technically-minded, pragmatic kind of guy schooled in the arts of planning and prevention, this is a somewhat major disappointment, but so it goes. This story begins with a bakery perched at the side of a bend in the highway. City planners put in a traffic circle there, which made getting into the front-side parking lot a bit harder. The same planners then resurfaced the road and put in curbs that are damned-near shin-high, making it almost impossible to get in – and certainly for a truck like a tractor trailer laden with bags of milled flour. But that truck should be pulling up alongside the side or back entrance, anyway. 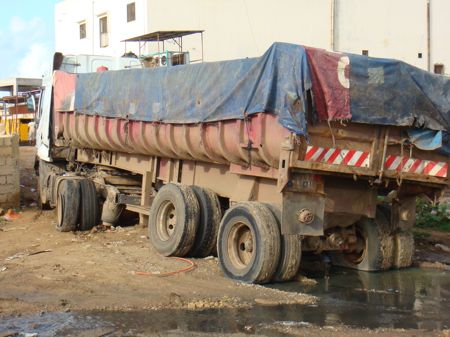 Queue rich people with political connections, who were able to petition the city to sell them the lot next to the bakery, which had been until then, an exit for our neighborhood out to said highway and traffic circle. Closing that road also torpedoed a random expatriate restaurateur, but hey: that will show him the value of having political connections.

Alright. Now our delivery truck is forced to squeeze up a back road that's not really a road, it's a dirt track between construction sites that leads behind the bakery. And it's the rainy season, so it's a bit muddy. Mud alone he might have been able to handle. But not the shit fountain. In fact, the rain has overwhelmed the sewer system, which was poorly built, unmaintained, and probably undesigned. I'm not sure why poor countries think the first place they can save money is on professional engineering services, and as a guy working in engineering, I find that vaguely insulting. But hey, more power to ya. So that manhole has long ago been launched by the force of millions of gallons of sewage that are unable to make it to their ultimate destination: the sea. The sewage pours up and out for days at a stretch, turning that whole neighborhood into a swamp of putrifying, human excrement. I'd know: I walk by it and actually have to cross it on a foot path on the way to work. 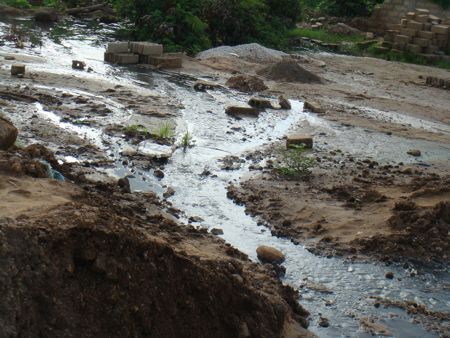 So when our somewhat overweight truck tries to power its way across it, it gets stuck. Call for help? Never: the driver is probably only out of his teens, so he guns it. The wheels spin in the muck until the friction tears away what remains of the tread, and before long the bare spots are open, the steel belts are out, and we're done here.

Who's going to go jack that truck up and replace the tire? Not me! Not the driver either: he split, probably realizing his career as a truck driver had just come to and end. The bakery gets no flour, the neighborhood folks get to cross shit river on their way to wherever they are going, and the truck owner is out of business for a while. Everybody loses.

Wait, really? No. Not everybody.

One winner is the guy who got to build his gas station on that once-empty 'lot' used for the street. He won. Another winner is whichever bakery is competing against this one, as this one is going through what the industry calls “a rough patch.” Ha ha!

And lastly, attention foreigners: how can we prevent further tragedies from happening? What is our role in all this?

No role, probably. I mean, give me a break. Fix your land tenure policy so political favorites from the socio-economic elite don't get special favors, like mayors rerouting neighborhood traffic in order for your little project to succeed. Regulate your trucks, too. And apply and enforce design standards. No fancy, well-funded international project is necessary here, just locals getting serious about running their economy. You don't get to be rich by making the right decisions, after all, and that's why the world too often looks like this: spinning our bald tires in a swamp of shit.