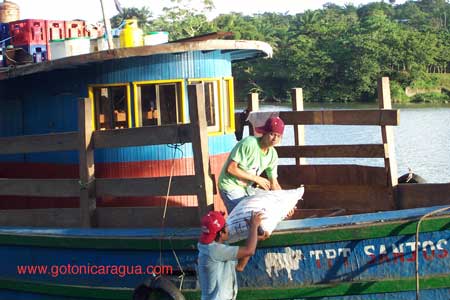 Rama's not as far out of the way as it used to be in the days before the glistening, paved highway linked it with Managua, in fact before about 2000 Rama was at the end of one of Nicaragua's most spine-crushing roads. Call Rama the town that links the Caribbean, English speaking Atlantic Coast with the Spanish speaking, cattle raising highlands of Nicaragua's interior, and treat it with all the respect of such a frontier town. In fact, a longtime riverine port and trader town, El Rama is a melting pot where Mestizo cattle traders meet Caribbean steamer captains, and dark skinned Creoles meet Nicaraguan "Spaniards" from the Pacific. 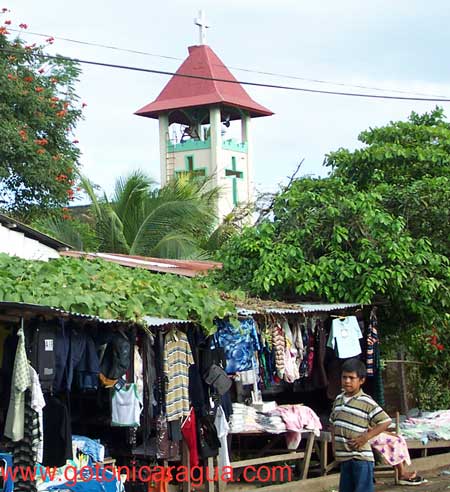 The name "Rama" is a tribute to the Rama people who once inhabited the shores of the Siquia, Rama, Escondido, and Mico Rivers. The inhabitants today's El Rama, however, are the progeny of immigrants from Chontales, Boaco, and Granada, all of whom swarmed here in the late 18th century to take advantage of the boom in the wood, rubber, and banana trade.

El Rama has been underwater several times, including during Hurricane Joan, when for three days the only thing seen above the surface of the boiling, muddy waters of the swollen Río Siquia was the church steeple.

The first time I spent the night in Rama I felt like the only traveler to have ever done anything other than hop on the first boat to the coast. That evening as the sun set I saw it for the cowboy town it really was, neither from the West nor the East, neither wholly Spanish nor wholly Caribbean. That is what makes Rama special.

A version of this article was first posted at www.gotonicaragua.com.