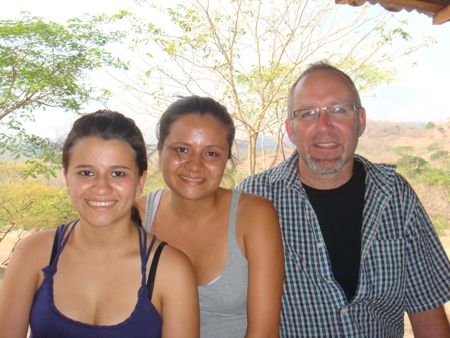 In April, 1998, after three intense months of training and cultural learning, I walked up the dusty path from the Condega-Yalí road to meet the Zavala family and begin two years of service teaching agronomy and soil conservation as a Peace Corps Volunteer. The Zavalas would be my family for the next two years, offering me a corner of their home and all their love and support as I lived in their community.

Two years later it was time to leave the Peace Corps and do something else. But I never left the family. And fifteen years — almost to the day — after I first arrived, I returned with Ericka and the children to visit. And I experienced the same whirlwind of emotions as I did in 1998.

San Diego was as arid as I remembered, as shadeless, and as exposed as always to an unforgiving sun. The houses and families I'd known were still there, but the little children I'd remembered were now mostly grown, married, and moved away. My "little sister" was married and expecting her first child. And there were quite a few new homes belonging to families that had settled in the countryside from nearby Condega. 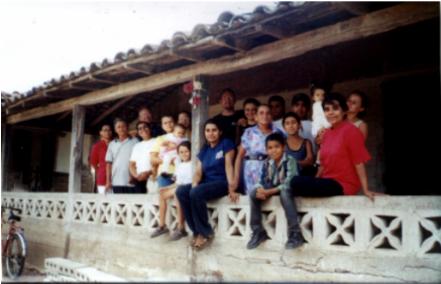 Ortega's "revolutionary" government had clearly imposed some progress, notably potable water delivered by pipe from a water source up the road. And in a village that had only one or two small televisions — the Zavalas hosted a nightly troupe of visitors who arrived for the evening telenovela delivered over a rabbit-ear antenna poking up over the tiled roof — I now saw a color tv in almost every home, with a clutch of kids in front of each one. After all, what other refuge from the noonday sun existed? I saw a few new farm animals, and homes that had once been cool adobe rebuilt in concrete block and corrugated steel roof. Everyone — and I mean absolutely everyone — had a cell phone in their pocket. This is what progress looks like: some of comes from government oversight and investment, some of comes from the opportunities provided by the private sector, and some of comes from human ingenuity and perspicacity.

Unaltered in any form was the love the Zavalas showed for me: a family connection traversing boundaries of language and culture and economy. We had a big bowl of chicken/vegetable soup, and glasses of juice served cold from a new electric refrigerator. "Uncle" Daniel rolled in with his ox cart and a pair of strong oxen, his woven stetson frayed at the edges. He gave me a handful of ears of corn, lamenting we didn't have more time to share a pair of drinks. And then the sun was getting low in the sky, and it was time to move on.

If, in 1998, you'd told me not only would I make it through two years of Peace Corps service in that desolate and difficult corner of Nicaragua, but that I'd return fifteen years older, with a Nicaraguan wife and two children bearing Spanish names, I'd have been incredulous. But perhaps I wouldn't have been surprised to know the Nicaraguan farming family that welcomed me into their home the first time, would receive me again like a brother and a son.

This, I think, is the lesson of Nicaragua, and maybe even of humanity: friendship lasts, and is the only thing that matters.