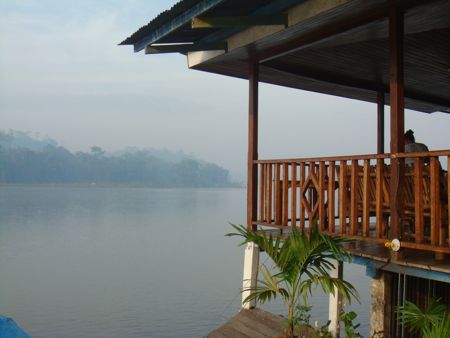 We were on the fantastic and historical San Juan River of Nicaragua, having some away time in Nicaragua's most overlooked corner. At a certain moment you look around you and think, "Holy cow, what am I doing to these kids?" You think you're a great dad, and then you realize you've trundled them off to a developing country, packed them into a single engine Piper cub for a flight just miles from an active volcano, and loaded them into a what's basically the longer version of a motorized canoe for a two-hour trip down a river hosting at least one big croc, and you start to question yourself.

But when Diego saw his first river otter sunning himself on a log, and when Valentina caught her first fish, I realized actually we were doing alright. 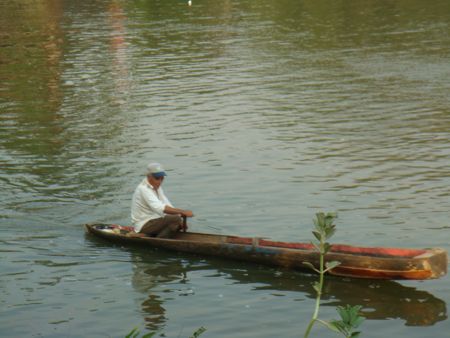 Morning started just after 5AM, when the first morning birds began to call and dawn broke, taking us from night to light in just a few minutes. The Howler Monkeys on the far shore grew silent for a while, and before long the early morning river traffic began to ply the smooth waters of windless morning.

We'd chosen as base camp the Hotel Sabalos, occupying a strategic bend in the river where the Sabalos and San Juan rivers meet. "There are no crocs here," we were told, but the next day we saw one lingering uncomfortably close to some grazing cattle. The tree branches were full of egrets and herons, and at night the river splashed with the feeding of big river fish (like the Sabalo — the tarpon) feeding on the whirls of flying night insects.

The river has immense historical, political, and economic portent. The earliest Spanish colonists brought their ships up this river and across broad Lake Nicaragua; the ensuing English pirates did the same each time they burned Granada. And the relentless politicking over ownership (and right to ignore) the region leaves Nicaragua and Costa Rica once more before the international judicial system. I wanted to forget most of that, and just enjoy the river for its natural beauty and aquatic peace.

That first night, I was given such a moment, in fact one that surpassed my expectations: over dinner I noticed the Southern Cross rising over the wooded shoreline. Not long later, in a moonless sky, the night exploded into stars, and the Milky Way blazed in almost imperceptible shades of starlight, illuminating the watercourse that has carried the lake to the ocean since time immemorial.