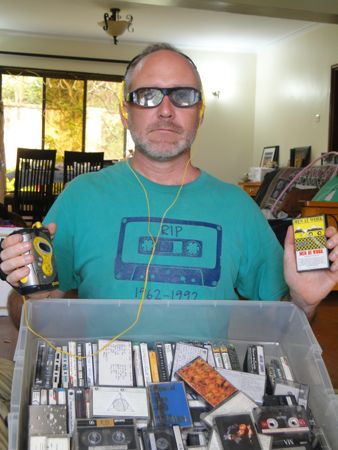 But the mix tapes … wow. There’s no equivalent today. 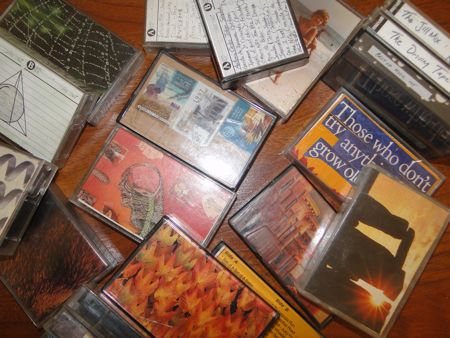 Remember getting a bulky envelope in the mail at university, with a collection of songs some friend saw fit to put together for you? What a gift – the pleasure lasted for weeks as the new (or old!) songs became part of the new repertoire.

There was an art to the mix tape: sometimes you sent agreed-upon favorites, a collection of the commonly-enjoyed. Other times you wanted to show off a bit, expose your friend to the more exotic and esoteric stuff in your own collection. The trickiest mixes were those destined to a love interest. You had to scour your collection for the love ballads that expressed the right emotion, get the tone right, choose the exotic stuff that showed you were privy to a world only you knew (but would share, if your romantic overtures were accepted!) without choosing anything so weird that its impact would be the contrary.

Then you had to time it right: remember the pleasure of a mix whose last notes ended just as the cassette rolled to an end, or the embarrassment of excessive empty space at the end? Sometimes the songs would be cut-off at the beginning or end; others included a snippet of DJ voice-over from when you’d recorded it from the radio. Those were the fruit of calls to the local FM radio station with requests, a blank cassette poised in the player ready to record it should your request be granted.

Good mix tapes had to have a clever piece of artwork that wrapped the “track list” insert: you got these by poring through magazine covers and clipping an appropriately-sized square from some compelling graphic.

Listening to some of that old stuff brought back visceral memories of early fall evenings, walking home from the record store with a new purchase. I don’t have similar memories of the last digital track I downloaded.

To be sure, I’m not advocating a shift back to the age of cassettes. But creating, sending, and receiving mix tapes were a way of sharing music that has no modern equivalent. And streaming is a different world altogether. We interface with service providers now, not our friends; we are given recommendations by algorithms, not classmates. There are no more cassettes, no one clips magazine art, and no digital tracklist is constrained by the length of its magazine medium. Sometimes as we gain one thing, we lose another. I doubt mixtapes will return. But they sure were an important part of my youth. Same probably goes for many of you.