This Jeep became mine when I finally was old enough to drive it. My folks offered it in language that gave me a chance to turn it down for some other vehicle. Not a chance; I'd been waiting 17 years to get behind its wheel. And off I went, over the horizon into adventures unforeseen.

I've always said owning a classic Jeep is like surviving an abusive marriage: the more you love it, the more it beats you. With the 4x4 engaged you could get into endless trouble. But you could also get into endless trouble right in the garage. I had endless adventure: parts gave out, requiring I learn how to fix them, and dad was there to teach me, which was the only way I was going to figure it out. I once caught fire going over the Throgs Neck Bridge. The steering failed on a highway outside of Boston. The alternator left me in the snow outside of Buffalo. There were other design choices we wouldn't make in the 21st century, like the fuel tank located under the driver's seat, or the seatbelts that went originally only across the lap. Safety in modern cars is vastly improved – and I'm not sure I'd want my own children driving a '68 Jeep at highway speeds, to be honest – but in modern vehicles, all the fun is gone: getting there was always half the fun in an old Jeep, and not getting there was sometimes fun too.

After countless adventures through the Fingerlakes and the Adirondacks, by 1992 the steel body was starting to go, though the engine was still solid. That led to one of my greatest triumphs: rebuilding it with my dad from 95-96. It took all my money, and a lot of back-and-forth trips from Boston, but over a winter it got done: a replacement fiberglass shell, improved gauges in the dash, bigger wheels, and a few aesthetic touches any 25-year old male would understand. And then again, I drove it over the horizon into adventure (and more than one calamity). It was a good father-son moment too, learning from a guy whose expertise under the hood of an old vehicle was boundless. What a feeling of dread when I began the project: how is something like this even possible? "We can do it," he said. And he was right: What a feeling of accomplishment when we put on the final touches and drove it away, looking great.

I drive more modern cars now: safer, more reliable, better compliant with the expectations of the 21st century highways and modern emissions standards. But some days, I still long for the wooded, rural road, the wind rattling the canvas top, frigid air in the cabin, a warm thermos of coffee beside me, a full set of tools riding shotgun, and a folded map across my knees. Jeeps meant adventure in 1968 and 1992; they mean adventure now too. I look back at these pictures in pride, remembering the satisfying clunk of engaging four-wheel drive at the front axle with a short-bladed screwdriver, a line of dark pines at the horizon. The spirit – it's still out there. 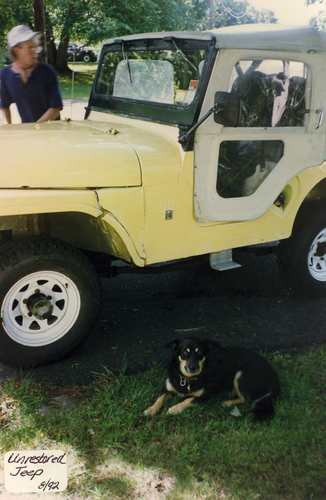 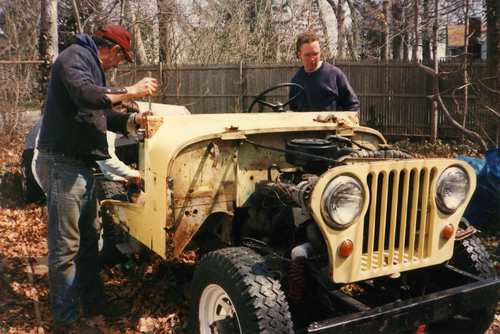 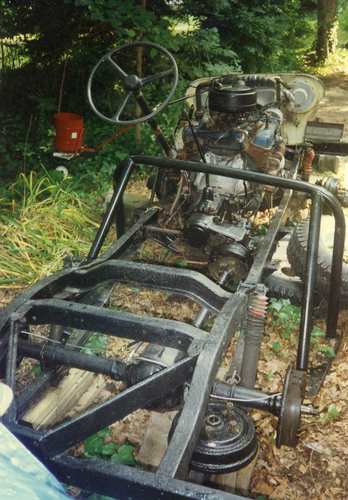 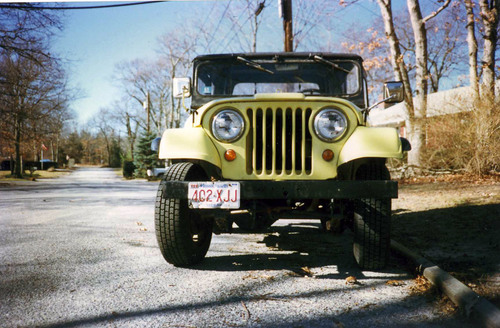 ... and he lived happily ever after, (but kept a spare alternator in the toolbox).