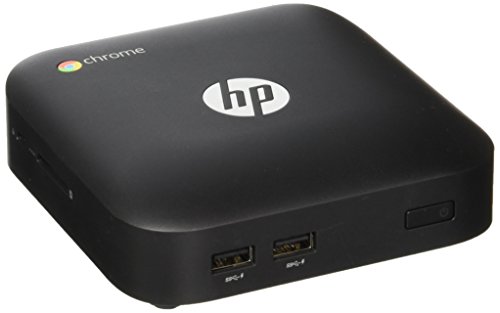 The "family" computer has been a Mac since 2004 or so, and for those years there was no question about it: nice hardware, nice software, user friendlly, and a generally useful, productive, well-conceived tool that allowed us to buy printers, scanners, and do the sort of things you usually can't do easily or quickly with Linux. I had a G3 Powerbook, then a gorgeous all-in-one that suffered due to international transit, and we've had a Mac Mini since then. The first Mini we bought in about 2010 and it was fast and useful and good. Until it wasn't.

As is the case in the world of Apple, the software ran out of oomph before the hardware did. In fact, I've still got the machine and it's perfectly useable. But the various companies that produced software for it gradually stopped supporting it, and I was eventually left with a machine running unsafe software - both OS and browsers. That's annoying.

I then made the collossal error of updating the OS. That machine had come with Snow Leopard, which I maintain to this day is the best OS Apple ever produced. Updating automatically to El Capitan made the thing unusable, despite every Apple assurance that the hardware was compatible with the new OS. Phooey. The machine dragged to a crawl. So I tried reinstalling Snow Leopard. Great! Nope: the OS updates were no longer available, so it stayed at a base level OS installation, totally vulnerable, totally unacceptable.

When I found a job and we had some disposable income again, I resigned myself to buying a new Mac Mini to set us up for the next five years. $600 later, we had a fresh-off-the-shelf 2016 Mac Mini, and let's just cut to the chase and call that one the final nail in the coffin of my relationship with Apple, because it sucked. It was dog slow, a brand new fucking machine running Sierra! I'd bought the lowest spec version but clearly I should have splurged for the model with more RAM, because Sierra was choking on the 4GB this brand new machine had. 4 gigs! Booting up was slow and upon reaching desktop stage it remained slow while various invisible things churned in the background. OK, I'll just shell out for some more RAM? No, these things are sealed shut in kryptonite: you can't upgrade anything at all. What the fuck?

I got tired of hearing my family complain about how slow the machine was to do anything, so I shelved the damned thing and replaced it with a Chromebox. And I think we're going to stay there for a while. Here's the deal:

A Chromebox costs about $180. We opted for the one from HP, which I like aesthetically quite a bit. On the downside, you are buying totally into Google's ecosystem, which means they know basically everything about you. That's hyper-creepy. On the other side, the thing boots in about four seconds (no exaggeration!) to a perfectly usable desktop. And it has every app I need (except one1). Crucially, Google added a network storage app this year that allows me to connect to our NAS in the house, which means I can offload all sorts of stuff onto storage I control rather than relying on cloud services. That was basically the missing link.

There've been a few hiccups, like getting photos from the iphone to Chromebox. You can't just plug the thing in via USB cable like I thought: you have to upload them to Google's picture service, and then access them using Google photos: essentially, you get your photos from one device on your desk to another one via the Cloud. That's not ideal.

Other than that, this cheapo box is quick to boot, has a responsive UI, and offers more than enough functionality for my family to use it comfortably. Me, I'll keep my BSD server, a Linux laptop, and a couple of great apps I couldn't do without. For everyone else, so far, the Chromebox has done everything they've wanted it to do, more quickly, more cheaply, and with a fraction of the hassle. Consider me a happy camper.

PS, Apple, what the hell happened?

1. I'm lacking a good Usenet client. I get around it by shelling into a server elsewhere where I run BSD and can offer usenet, gopher, and other endangered species important to my computing existence.