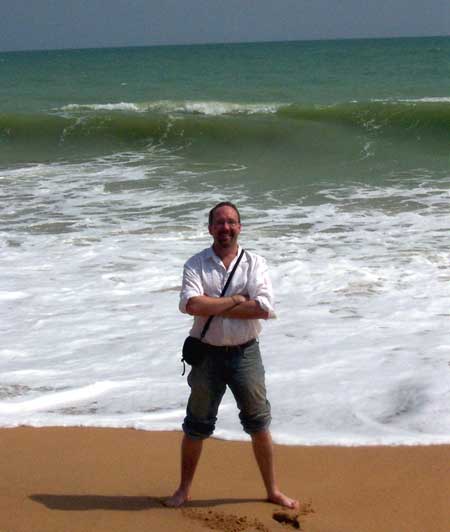 I grew up on the Atlantic shore and spent countless hours as a kid in row boats poking up tidal creeks, sailing through salty bays, or swimming in the Atlantic's surf. Long Island's beaches remain my favorite in both summer and winter, and a place my soul feels at home. But as my dad and I dodged the incoming waves and paddled out beyond the surf, he'd warn me, "watch out for the current or you'll be pulled out to sea and wind up in Africa."

He was right. From the Hamptons, if you sailed eastward the way the old mariners did - along lines of latitude, taking their noon sun sights to maintain their position above the equator - you would wind up somewhere just north of Oveido, Portugal, having skirted the northern coast of the Azore archipelago (also Portuguese) along the way. That would be a monumentally challenging sail, given the prevailing winds at that latitude, which blow generally from east to west. But the currents at that latitude would work in your favor, unless the healthy draw of the warm Gulf Stream pressed you into the the North Atlantic current east of Newfoundland, in which case you'd find the United Kingdom rising over your bowsprit. Better then to set your compass east southeast, and head for the South Atlantic Current, which would draw you south of the Azores and along the coast of West Africa.

Though I made my way to Benin by wide-bodied aircraft rather than sailing vessel, I crossed the waves nonetheless in early 2006. Benin shares a gorgeous stretch of coastline with four other countries that look south over the waters toward the equator ("under the elephant ear of Africa," as a friend astutely put it). It's called the Guinea Coast on most maps, but that's nothing more than a map makers' convention for a very specific length of the Atlantic Ocean. Arriving, I sank my feet into the soft African sand and walked down to the water's edge to look out over the horizon of the Atlantic marveling at the ocean as though I'd seen an old friend born anew. 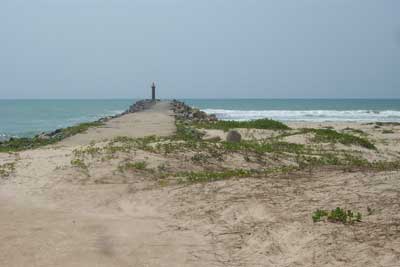 Medieval cartographers and theologians argued for centuries about how much of the earth was land and how much of it was sea. Long before the debate was ever settled, Portuguese mariners timorously skirted the coastlines of the African continent, eschewing Christian dogma for trade, and searching for a passage to the east Indies. A century later the shoreline of West Africa had been carefully mapped out, and what would eventually be called Benin was firmly part of Europe’s conscience. Not until the late 17th century did Cook, Drake, and Magellan show us just how much sea really did separate the continents, illuminating the strength and majesty of the earth’s oceans. To some extent we’re still learing about their biological and mineral wealth. The seas still divided mankind more than they united right up until the 21st century, when growing connections throughout the developing world helped unite economic struggles worldwide, and to this day they separate us more than they should. But standing there with my feet in the surf, I felt a powerful connection only a 17th century Portuguese mariner would appreciate: I was thousands of miles away from home, yet the very same sea that lapped around my feet would take me home again, if only I knew in which direction to point my compass.

The African coastline at Benin is sandy and smooth, and stands of palms line it for hundreds of miles at a stretch. The turqouise water winks brightly in the scorching noonday sun. Depending on the day’s winds, it can thunder powerfully along or simply splash up on the yellow sand of the African shore. A strong current also called Guinea carries the waters of this stretch of the Atlantic along the underside of the elephant ear and southward to the South Equatorial Current that cycles the spinning waters back along the equator under Coriolis’ gentle spin. But it is the Atlantic and therefore it is home.

It’s easy to stand at the shoreline and gaze out to the gentle curve of the horizon, convinced there’s nothing out there. On the contrary, it’s all out there. Dad, you were right: I stepped in and let the ocean pull me, and it took me all the way to Africa. But let me tell you, the view from the other side is gorgeous. But watch out for that current, it’s stronger than it looks.