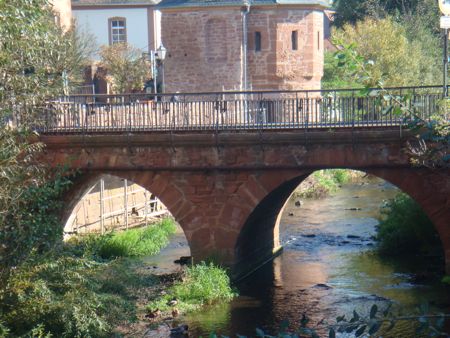 Any amateur genealogist tracing his family's history back to the Old World knows and understands that gnawing worry: that the research will lead you back to some industrial, Old World dump better left forgotten. After all, why did your ancestors emigrate elsewhere? But how can you resist not knowing? The Ellis Island records show one side of my mother's family arrived from the German city of Büdingen, in Hesse, so off we traipsed to a medieval village outside of Frankfurt, in hopes we'd be charmed, not appalled.

Fortunately, Büdingen was lovely, and a real marvel, and long after we'd finished two weeks in Germany it remained one of our trip's highlights, winning points for both style and charm. Well off the traditional tourist trail, it was unpretentious and authentic, with stout towers along the ramparts of the city wall, a 14th century castle manor with duck pond and gardens, and narrow streets of dark cobbles and clean lines. We stayed in a centuries-old guesthouse that lacked modern comforts but compensated with the rich smell of stewing meats that wafted through the corridors. Diego ate like a champ. And finally, it was quiet, impeccably clean, and charming in every way. The window boxes burgeoned with geraniums, and postcards of Büdingen through the centuries show that's the way it's always been. 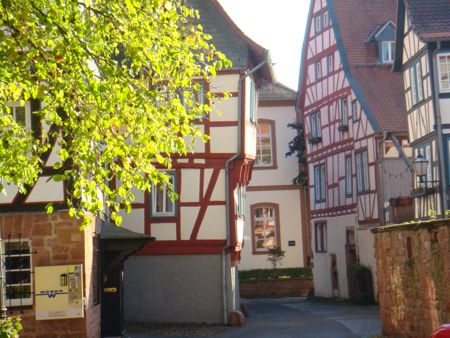 That leaves the question why my ancestors emigrated. There was little trace of the old family, save for a solitary tombstone from a 19th century relative that didn't correspond to the genealogical records we've accumulated. Otherwise, no trace (such was not the case in Hungary, where we found living relatives and a lot more). Walking the cobbled streets gave the idea of emigration a lot more meaning. It's easy to describe the process in a single sentence ("... and then they emigrated to America"); but leaving home in the 19th century meant packing up belongings — or leaving them behind — and trekking by horse cart or train hundreds of miles to the port of Hamburg, and then taking a steamer west to the New World. This was obviously a process of many weeks, and an order of magnitude more difficult than it was for me to move to Africa (a several-hour flight, arriving on the same day).

For the curious, it's easy to recommend the place my ancestors left behind; Büdingen remains an evocative place with a great little castle, lots of medieval charm, and a respite from the traditional tourist circuit. And if you go, say hello to my people.