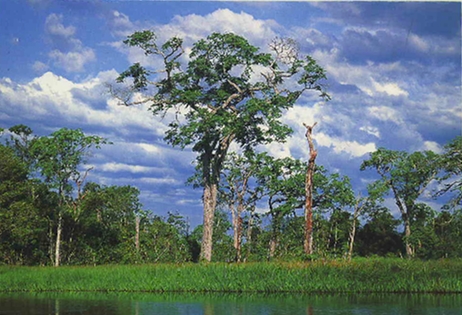 From Bolivia’s Altiplano down to Santa Cruz, aircraft require hardly any fuel whatsoever, as the course is a nearly free-fall trajectory down 2000 meters to Bolivia’s lush, green plains. They were gorgeous, but man is it another world. We arrived nearly a midnight to a town swamped with development conventions only to find the hotel had lost our reservations. Our guide had to scramble to find us a room elsewhere, and I personally wound up in a palatial, presidential suite in a place across town. The room reminded me of my house in Managua.

I attended a few round tables that didn’t excite me, and where the Bolivians didn’t seem to understand the nature of what we were doing. “Bolivians are tired of being asked about their development needs,” explained our counterpart back in La Paz a bit later: we’ve been doing it for so long, with so many partners, so many different ways. What never changes is after the round table is over, there is no action. I was overwhelmed with the sense of La Paz being perceived as practically an foreign, oppressor government. And my Bolivian friends wasted no time in talking to me about La Paz in a way that made clear the contradictions ran deep and were deeply personal.

One thing that did capture my attention, though, was a celebration of the two millionth hectare placed under FSC sustainable agriculture cultivation. I was invited as a special guest to the celebration, where the Dutch speaker misspoke “Brazil” instead of “Bolivia” and was immediately and loudly corrected by the audience. Later the President himself spoke, and as the event ended, came out into the audience to shake my hand (and others, too). The event reminded me what I love so much about Latin America: each of the Bolivian speakers presented well speeches that were articulate and diplomatically courteous. The men wore impeccable suits; the women in the audience were gorgeous, but not nearly as easy on the eyes as the two models they had on stage to present gifts of some sort: they were tall and dark in long, black dresses, with hair that framed dark eyes.

I thought back on polls that showed while Latinos want economic development, they don’t want it to lead them to a society that looks like the United States. Mingling in the humid, lowland heat, it wasn’t hard to think of dozens of reasons why.