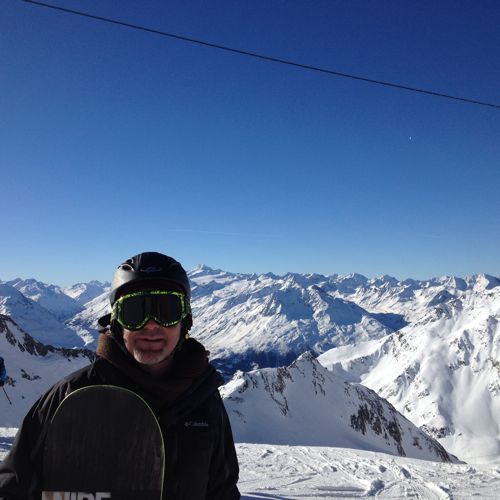 The kids wanted a white Christmas, sure, but I was also hoping our trip to Austria would yield a little snow. I was hoping to do a little snowboarding for the first time since we traveled to Sierra Nevada, and the second time since my 20s. But as we arrived in Innsbruck in Christmas week, it was beginning to look unlikely, and the forecast was cheerily focused on sun and seasonally warm temperatures.

"It doesn't matter," my Austrian friend said. "We'll just go up and ski the glacier." 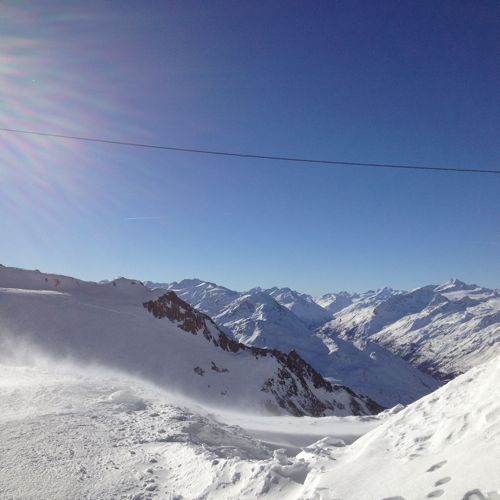 He meant the Stubaital Glacier, the long tongue of ice slinking northward from the Austrian side of the Alps down into the Innsbruck valley. There were myriad other places to ski and snowboard closer to Innsbruck and farther down the mountain, and for a novice snowboarder like myself, the idea of going down a glacier was terrifying. Some reassuring later, we all went up the mountain on the Tuesday before Christmas to check it out.

It was a gorgeous day to snowboard, with bright sun glinting off the slopes. As we drove upwards into the Alps the snow gathered at the road's edge. Sure enough, while Innsbruck and environs remained green and snowless, once you passed a certain altitude the snow had been accumulating. And of course, as my friend pointed out, it's a glacier. You could ski it in June if you want to: it's made of ice. 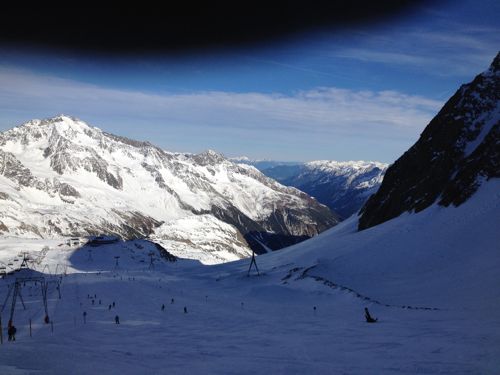 I got off to a rough start; had some trouble with the so-called anchor lifts that drag you up the beginner slopes via a hook you place under one leg. I blundered my way down an intermediate slope (mostly on my butt), took the lift up to the very top, and gave it another try. It was gorgeous.

Later in the day, magic happened: the sun glinting off the slopes, the rush of the wind in my ears, the 'sloosh' of the board carving under my feet. Below me, the valley arching ever downwards to Innsbruck and beyond. At that speed, it seems you could just slide the whole way there. 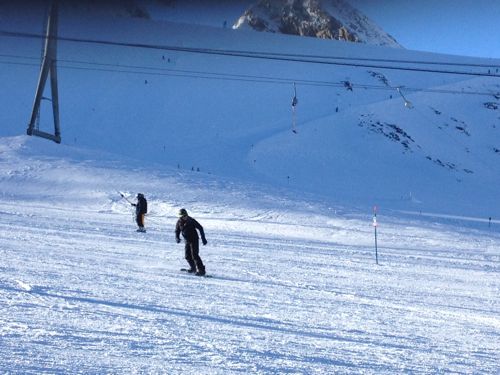