When the captain started the diesel engines the giant steel military ship shuddered to life. It backed away clumsily from the dock and pointed towards the port's narrow mouth. Then, pressing past the tip of the rock jetties and through the first of the Atlantic's first swells, we were seaward-bound. Our whale-watching expedition in Benin had begun.

Any resident expat will tell you, the most difficult aspect of living in developing world countries like Benin is staying entertained in an environment of few options. We're well enough, enjoy our puppies, spend weekends on the beach, and otherwise pursue hobbies that bring us pleasure. But in the world's least prosperous countries entertainment and diversion are afterthoughts relative to the challenge of making ends meet, and Benin is no exception: there's just not much to do. That's why we didn't hesitate when we learned a resident Frenchman had organized a whale-watching expedition off Benin's coast, and with a small, international group of friends we went to give it a try.

We gathered in the naval area of the Port of Cotonou on a breathless, humid morning. The treetops weren't stirring, and the harbor waters were glassy. The ship on which we would be trying to spot our marine mammalian cousins - a momentarily idle frigate donated by the Chinese and largely unused otherwise - lie still at dockside. At 7:30AM we got word the the captain was running an hour late. We groaned and bide our time with the other naturalists (all expats working in Cotonou) until he bothered to appear: an hour later.

The next difficulty was life jackets, which numbered far fewer than the 50 or so we would need to protect all the passengers on board. We protested until a young man arrived with another 15. Then with a puff of thick diesel smoke and a roar from below-decks, we were off.

The sea and the sky were a gorgeous cerulean blue each reminiscent of the other, and the white of Cotonou's shoreline buildings reflected gently in the growing ocean swell. And then, after steaming seaward for about an hour, we saw them: a pod of whales (perhaps humpbacks?) cavorting in the fish-rich currents off Africa's Atlantic coast. We caught glimpses of their sleek, dark backs as they rose to the surface, and were without fail, too slow to catch any of them on film. To my surprise, the whales were feeding where I'd least expected them: among the cargo ships waiting to enter the harbor.

After an hour a young gentleman lurched wildly among us with a bag of cold canned beverages (including beer – at 9 in the morning!) and again with french bread, an open can of tuna, and a serrated knife for spreading the tuna onto sandwiches. Above decks we were braising in the bright tropical sun, already intense in the clear sky, but below-decks the uncontrolled diesel smoke led to rampant sea sicknesses and choking. The ship, configured and designed for military operations, not whale watching, rolled sickening from side to side with the weight of so many passengers riding deck-side.

This whale watching expedition, the safari expedition we made to Pendjari Park in 2007, two dilapidated urban centers and the extraordinarily disappointing Ganvie lacustrian village, make up the entire tourism "offer" in Benin. It's a country that could easily stand to benefit from the revenue that tourism generates, but a country where one can say with a fair degree of confidence that tourism as an industry does not yet exist. That makes it tempting for the planners and politicians who focus on trying to catalyze what William Easterly calls the "big [economic] push" to focus on tourism as a potential target for economic investment, seductively large, centrally-managed development schemes, and top-down development planning. The problem is, tourism as an industry doesn't happen that way. 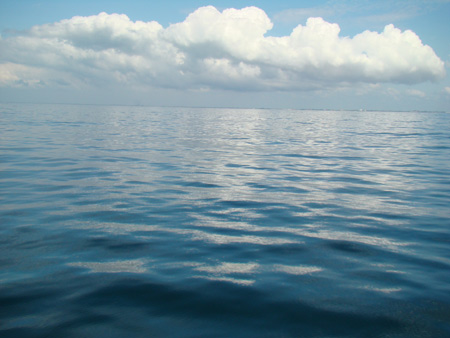 Take the beach as an example. My greatest pleasure every weekend is surfing, and I try to spend as much of my time at the shore as possible on the weekends, arriving at dawn and staying at our paillote until late afternoon before returning to the city. But the road out to the beach is an awful, rutted mess lined on both sides with fishing villages, and the road itself is full of those villages' chickens, pigs, dogs, and even little children, all of which dart back and forth across the road without looking. Arriving at the water's edge with board in hand there isn't a single day - not a single one - when I don't see one or more people defecating at water's edge. And the fishing villages' relationship with the expats who rent paillotes or relax in the little beach bungalow resorts is tenuous at best: they have threatened our dogs with violence at least once, for example, but still pass by regularly to ask for coins.

Pendjari park is another example: we had a wonderful experience there, but it involved a long, arduous drive, a fair amount of discomfort, and a lot of patience: it was clearly worth the effort, but the effort is required, and thus limits its attractiveness to some potential travelers.

Ganvie is interesting to travelers who can overlook the filth and disorder, ignore the unmerited high price the guides charge, and withstand the onslaught of children who hang around asking for money, but when you have hardened travelers accustomed to the developing world complaining about safety and hygiene, you have work to do: these are people who are accustomed to hard travel.

That's not to say Benin doesn't have tourist potential. But it does mean tourism will happen the way it always does: slowly and haphazardly, as individual entrepreneurs spot opportunities and develop the resources necessary to exploit them. All of Benin's potential is currently interesting to backpacker tourism and adventure-seekers (likely to be young) willing to endure difficulty and discomfort in exchange for being able to claim bragging rights later that they traveled someplace challenging. Later a wealthier class of traveler will come to take advantage of hotels and traveler services now accustomed to the needs and desires of foreigners, and other businesses will take root to fill the gaps. It will not happen because of large, centrally managed development schemes, particularly if the schemes are government managed.

That was equally the case in Nicaragua when I arrived in 1998. Four years later when I published one of Nicaragua's first (and now best-selling) travel guidebooks I was able to evoke Nicaragua as a place of charm and wonder, "firmly off the beaten travel path." By the time I was writing the 3rd edition of the same book, I could no longer claim Nicaragua remained largely undiscovered. Over ten years Nicaragua has evolved from a difficult but worthwhile place to travel, to a nation gradually - as a society - taking advantage of opportunities and improving the quality of services it offers to foreign travelers, to a place generally desirable to foreign travelers overall (and long term expats! That's another story).

Little of Nicaragua's evolution in the development of a tourism industry lent itself easily to central planning. Rather, it grew in the usual way of entrepreneurs and risk-takers, and slow but steady simultaneous improvements to infrastructure (roads, phone systems), practices, services, and the "offer" for tourism.

Look again at the current situation in Benin. The Route de Peche project aims to build 1600 hotel rooms, 35 4- and 5-star restaurants, and 850 high class residences along Benin's shore road. That's a lot of unfounded optimism, and the project's inauspicious start - the sign advertising and announcing the ambitious project has already fallen into disrepair - shows that potential venture capitalists for such an affair share my skepticism.

It's not that the Route de Peche doesn't have tourism potential. But regardless of how many hotel rooms you build with someone else's money, look at the challenges: you've got to fix the roads, relocate the fishing villages (an enormous undertaking in itself, with profound social and cultural ramifications), and get the locals to stop using the beach – the ostensible reason tourists are visiting the region in the first place – as a public toilet. But if you pave the road you invite high speed traffic between Cotonou and Ouidah, but you've still got children, goats, and chickens loitering in the way, not to mention cheap motorcycles and dilapidated trucks blowing acrid exhaust smoke down your tourist corridor. That is to say, lack of investment capital is only the first challenge: you've got to simultaneously deal with traffic, urban planning, sanitation, marketing, and the ability of local restauranteurs to adapt their services to the finicky tastes of foreigners, all while competing with a number of better-prepared nations already in the market.

Tourism is also highly sensitive to regional considerations. A country like Nicaragua can profit from backpackers traversing the entire Central American isthmus; it becomes an issue of how much time they can convince travelers to remain in Nicaragua rather than jetting south to Costa Rica or north to Honduras. But at $1000 round trip from Paris, few Europeans are going to travel expressly to Benin for a vacation. It makes a more attractive stop on a circuit of several small African countries, which means the relative "offer" in neighboring Togo, Nigeria, and Burkina Faso (including the factor of those nation's roads, attractions, and services) is an important relative factor in the development of Benin's tourism industry.

As we returned to port, hot, dehydrated, a bit seasick, and tired, we were nonetheless happy we had escaped the monotony of life in Cotonou, if only for a morning. And we had even seen a few whales, which was exciting. But we got word a few weeks later the ship had fallen into disrepair (had all that diesel smoke been an omen of worse mechanical things to come?) and were not surprised.

The tourism industry will develop and grow in Benin over time, but it will not be because of the central planners' having willed it. Rather, it will be because enterprising individuals will have connected the necessary resources to make Benin an attractive destination. To the central planners I would recommend developing a culture of tourism the old fashioned way: by empowering individuals to build and take advantage of economic opportunities (this implies education), by reducing the barriers to entry such as visas obtainable only at foreign consulates (where, it would be generous if I characterized my last experience acquiring a visa as "unpleasant"), and by promoting basic education, good hygiene, and a culture of development, forward-thinking, and progress. Then, the tourists will come to visit all on their own, the small businesses will appear and grow, and the economy will prosper. Increasingly finicky tourists will teach the restauranteurs how to provide better services by refusing to patronize shops that don't live up to travelers' expectations, and the competition among hotels will improve the quality and quantity of rooms. That cycle will in turn provide resources to build the air strip next to Pendjari, improve the road surface along the beach road, build more schools, and ensure the growth is sustainable. Finally, this approach will ensure you don't have 1600 empty hotel rooms slowly rotting into oblivion at the water's edge.

In the meantime, the tourism industry remains the white whale of economic development. You can set out in search for it, but it will remain frustratingly out of reach, or appear where you least expect it. Better to let it come to you.